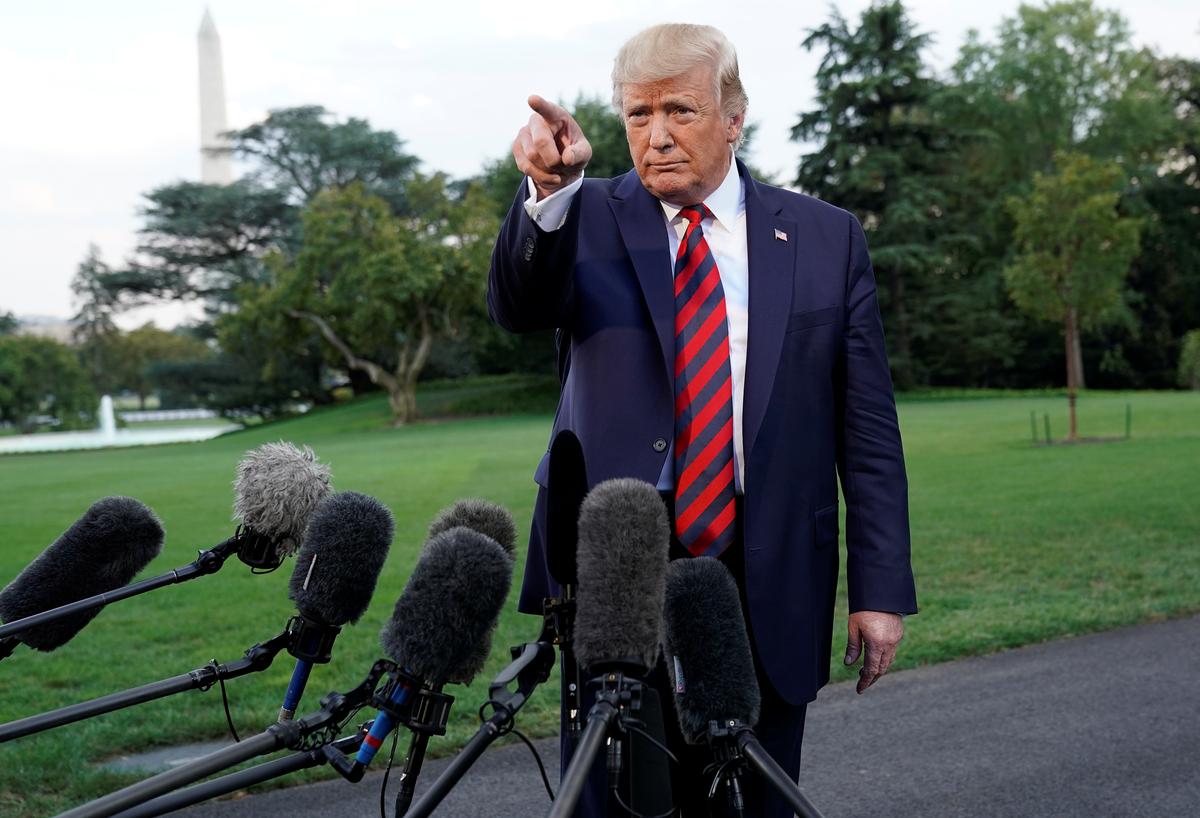 U.S. President Donald Trump speaks to reporters as he departs for Baltimore, Maryland from the South Lawn of the White House in Washington U.S., September 12, 2019. REUTERS/Kevin Lamarque

WASHINGTON (Reuters) – U.S. President Donald Trump said on Thursday he does not believe Israel is spying on the United States after a published report said Israel was most likely behind cellphone surveillance devices found near the White House and elsewhere in Washington.

Politico reported the miniature surveillance devices, colloquially known as “StingRays,” were discovered and that they were most likely linked to the Israelis. Israel has denied the report.