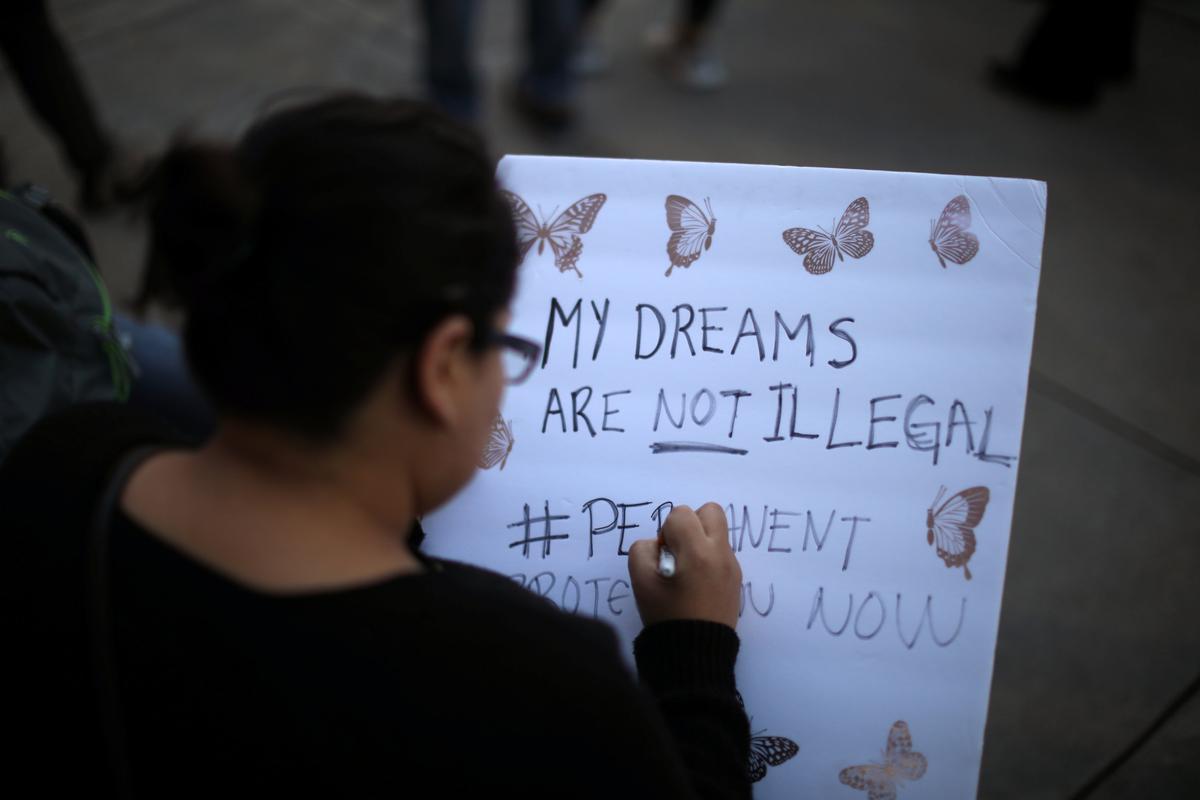 WASHINGTON (Reuters) – U.S. President Donald Trump has said he believes some Republican lawmakers who have taken tough stances on immigration could agree to offer citizenship within 10 to 12 years to young immigrants brought to the country illegally.

In an interview with CNBC broadcast on Friday, Trump said Republican Senators Tom Cotton, John Cornyn and David Perdue and Representative Bob Goodlatte would be willing to shift some positions on immigration.

“They’ve really shifted a lot, and I think they’re willing to shift more, and so am I,” he told CNBC in an interview from the World Economic Forum in Davos. “We’re going to see. If we make the right deal. I think they will.”

“These are people that have very strong opinions on DACA (the Deferred Action for Childhood Arrivals program) and on immigration generally. And I happen to think they’re largely right,” he said.

Senior White House officials outlined an immigration plan on Thursday, hours after the Trump interview was taped, that would offer a path to citizenship for up to 1.8 million young illegal immigrants but include measures to curb some legal immigration programs and provide a border wall with Mexico.

The White House offered to more than double the number of “Dreamers” – people brought to the country illegally as children – who would be protected from deportation, describing it as a major concession aimed at attracting enough votes for an immigration deal from Democrats.

To appeal to Republicans, the plan includes requirements to slash family sponsorship of immigrants, tighten border security and provide billions of dollars in funding for a border wall with Mexico that Trump made one of his major campaign promises.

“Look, we’re going to try and make a deal on DACA,” Trump said. “We have a good chance of making it. What we need is we need the wall, we need security, we need security at the border. We have to stop the drugs from coming in.”