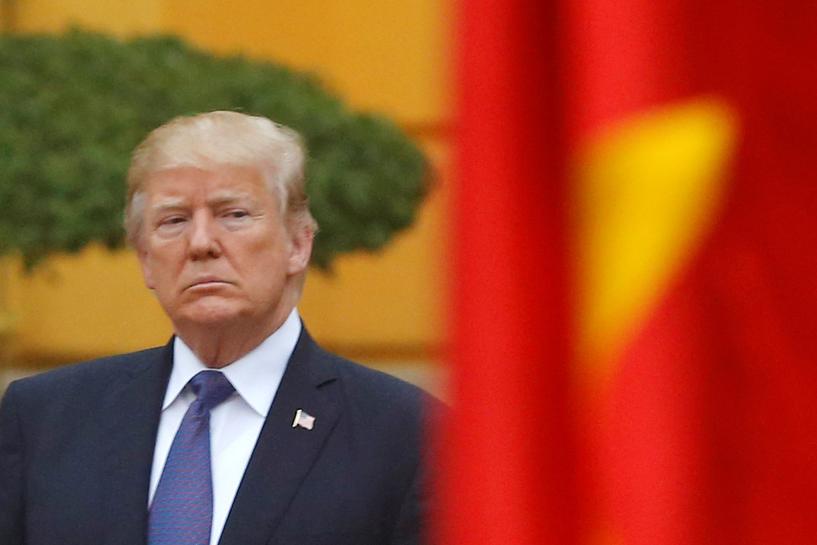 HANOI (Reuters) – U.S. President Donald Trump said on Sunday he sided with U.S. intelligence agencies, under their current leadership, when it came to Russian meddling in last year’s U.S. election.

He was speaking a day after meeting Russian President Vladimir Putin and saying he believed the Russian leader when he denied accusations that Russia meddled, despite U.S. intelligence agencies’ conclusion of Russian interference.

“As to whether I believe it or not, I’m with our agencies, especially as currently constituted,” Trump told a news conference in Vietnam. “As currently led, by fine people, I believe very much in our intelligence agencies.”

Trump has come under fire for the comments after his brief meeting with on Saturday Putin, with some critics suggesting it meant he believed the Russian president before U.S. intelligence agencies.

Trump said that he still believed Putin did not think there had been Russian meddling.

“I believe that President Putin really feels, and feels strongly, that he did not meddle in our election,” Trump said, while adding: “What he believes is what he believes.”

Trump said he was not interested in arguing with Putin over meddling and wanted to get on with Russia to work on world problems including Syria, North Korea and Ukraine.