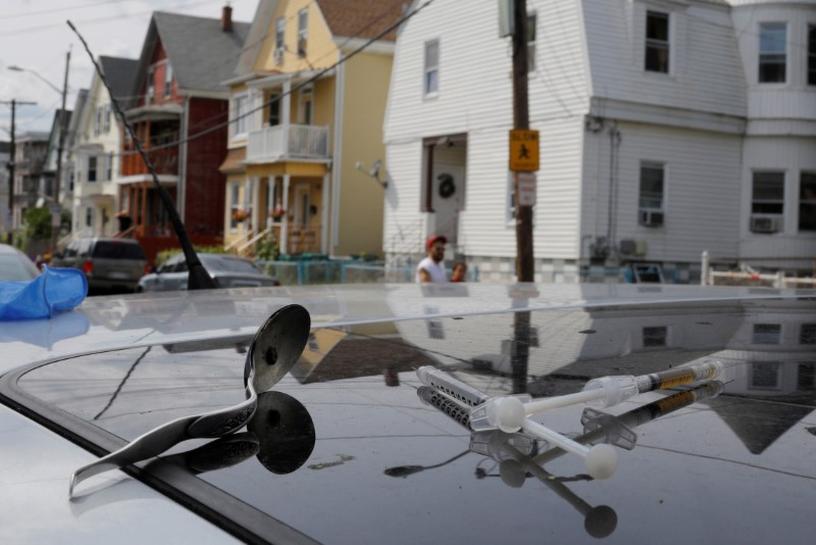 WASHINGTON (Reuters) – U.S. President Donald Trump said on Wednesday he would declare next week a national emergency on opioid abuse, a move that could give states access to federal funds to fight the drug crisis.

FILE PHOTO: A syringe filled a narcotic, an empty syringe and a spoon sit on the roof of a car, where a man in his 20’s overdosed on opioids in Lynn, Massachusetts, U.S., August 14, 2017. Picture taken August 14, 2017. REUTERS/Brian Snyder

The United States is battling a surge in opioid-related deaths, including 33,000 lives lost in 2015, more than any year on record, according to federal data.

“The opioid is a tremendous emergency,” Trump told Fox Business Network. “Next week, I‘m going to (be) declaring an emergency, (a) national emergency on drugs.”

Trump is expected to provide a preview of his plans for tackling drug demand and the opioid crisis in remarks on Thursday.

Trump said in August that he would declare opioid abuse a national emergency.

Opioids, primarily prescription painkillers, heroin and fentanyl – a drug 50 to 100 times more powerful than morphine – are fueling the drug overdoses.

The declaration by Trump could help unlock more support and resources to address the drug overdose epidemic, such as additional funding and expanded access to various forms of treatment, and it gives the government more flexibility in waiving rules and restrictions to expedite action.