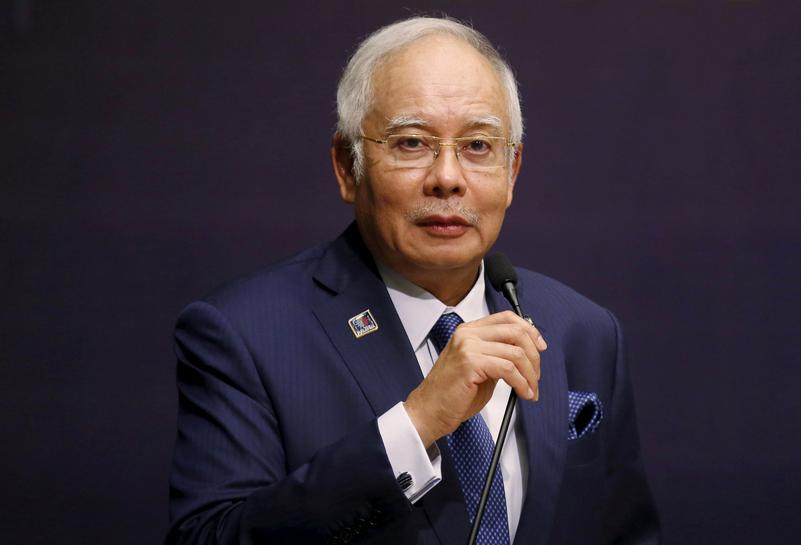 WASHINGTON/KUALA LUMPUR (Reuters) – U.S. President Donald Trump plans to meet Malaysian Prime Minister Najib Razak, who is embroiled in a corruption scandal at home, on Sept. 12 at the White House, officials from both countries confirmed on Thursday.

The U.S. Justice Department has been conducting a criminal probe of 1Malaysia Development Berhad (1MDB), a fund founded by Najib, which is facing money-laundering probes in at least six countries, including the United States, Switzerland and Singapore.

In civil lawsuits, the Justice Department has sought to seize a total of about $1.7 billion in assets it says were bought with misappropriated 1MDB funds.

Malaysia’s foreign ministry said in a statement that Najib will undertake the visit following an invitation from Trump.

“The two leaders are expected to discuss areas of mutually beneficial cooperation, including national security, the global fight against terrorism and extremism, and trade and investment that will benefit our nations and our peoples,” the foreign ministry said in the statement.

The United States sees Najib as a key partner in its fight against radical Islamists.

But that image has been damaged recently after Najib was linked to the 1MDB scandal, and his party overtly supported right-wing groups for political gains ahead of the polls that must be held by mid-2018.

The Wall Street Journal, which first reported the plan for a meeting, said Najib would likely use the White House visit to try to play down the possibility of further investigations into 1MDB.

Relations between Malaysia and the United Stated soured last year after the Justice Department filed lawsuits in connection with the 1MDB scandal and Najib sought to strengthen ties with China.

U.S. relations with Malaysia, which the United States sees as an important partner in standing up to China’s extensive territorial claims in East Asia, had improved under former President Barack Obama, who in 2014 became the first U.S. president to visit the country in 50 years.

Najib was a key ally in Obama’s strategic pivot to Asia, and was part of the collapsed Trans-Pacific Partnership (TPP) pact.

Chinese President Xi Jinping is also expected to visit Malaysia in the coming months, local media reports said, although this has not been officially confirmed.