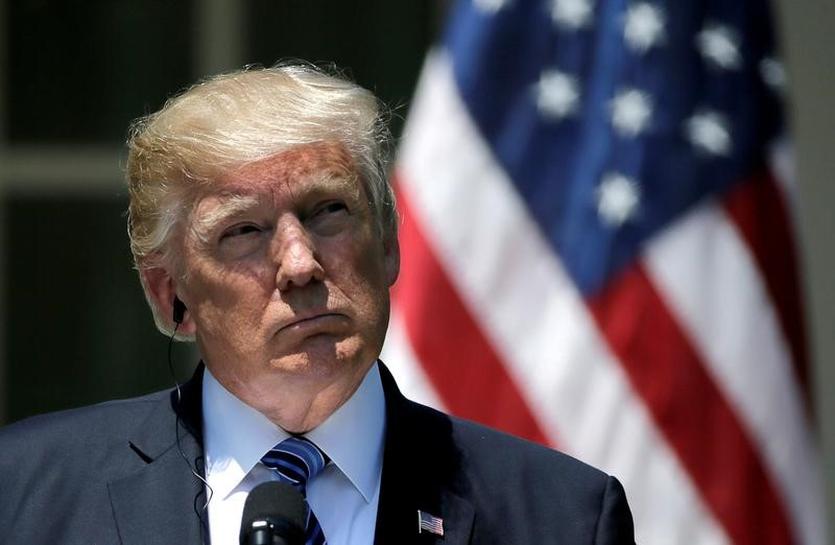 WASHINGTON U.S. President Donald Trump urged Republican senators in a tweet on Friday to repeal Obamacare immediately if they cannot agree on a new plan to replace it, muddying the waters as congressional leaders struggle for consensus on healthcare legislation.

Senate Republican leaders had set Friday as the target for rewriting legislation for a simultaneous repeal and replacement of extensive parts of the 2010 Affordable Care Act, the law dubbed Obamacare that expanded health insurance coverage to 20 million people.

The deadline seemed unlikely to be met given that most senators had left Washington ahead of next week’s recess, without agreement on a clear direction for the healthcare bill, and Trump’s tweet did not appear to gain political traction.

Financial markets showed little reaction to Trump’s suggestion, with the benchmark S&P 500 index edging about 0.15 percent higher on the day. Shares of most health insurers gained fractionally while hospital stocks were little changed.

Trump wrote on Twitter Friday morning, “If Republican Senators are unable to pass what they are working on now, they should immediately REPEAL, and then REPLACE at a later date!”

The White House said later that Trump was still “fully committed” to pushing the Republican draft healthcare bill through the Senate, although it was looking at every option for repealing and replacing Obamacare.

The current Senate legislation would repeal parts of Obamacare, roll back its expansion of the Medicaid government healthcare program for the poor, eliminate most of Obamacare’s taxes and replace Obamacare insurance subsidies with a system of tax credits to help individuals buy private health insurance.

Shortly before his January inauguration, Trump urged lawmakers to repeal and replace Obamacare at the same time. Congressional Republicans had considered earlier this year first repealing, then replacing Obamacare, but backed away after some lawmakers protested that that approach could create a gap in insurance coverage for millions.

But others on Capitol Hill sounded annoyed. A senior Senate Republican aide, speaking on condition of anonymity, said that if lawmakers had been able to get the votes for repealing Obamacare first, then replacing it, “senators would have done that in January. It doesn’t have the votes, and it’s a waste of valuable time to discuss it.”

Annie Clark, a spokeswoman for moderate Republican Senator Susan Collins, said the lawmaker would not support the strategy. McConnell’s spokesman declined to comment on Trump’s tweet.

A senior House of Representatives Republican, Ways and Means Committee Chairman Kevin Brady, said in an interview for CSPAN’s “Newsmakers” program that lawmakers’ goal should continue to be “not simply repealing but to start to put into place the elements that can make healthcare affordable.”

Philippines, Vietnam brace for tropical storm Saudel
India says Australia will join its naval drills with US, Japan
Niche bookstores in Malaysia are holding their own, even as COVID-19 hurts businesses
Anti-government protesters regroup in downtown Bangkok after police dispersal operation
Parti Liyani decides to proceed with case for disciplinary inquiry into prosecutors