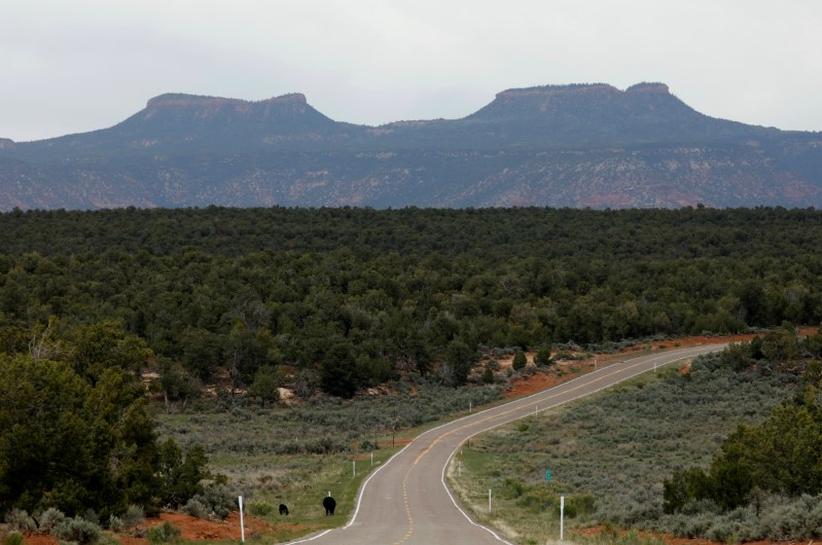 “I was incredibly grateful the President called this morning to let us know that he is approving Secretary Zinke’s recommendation on Bears Ears,” Hatch said in a statement emailed to Reuters. His spokesman Matt Whitlock, who said in an email he had listened to Hatch’s conversation with Trump, said Trump told Hatch he was approving shrinking the two monuments “for you, Orrin.”

Trump met with Zinke in the Oval Office on Friday. White House spokeswoman Sarah Sanders, asked whether Zinke briefed Trump on his Bears Ears recommendation during their meeting, said she did not want to get ahead of the president’s announcement.

“I can tell you he (Trump) will be going to Utah in the first part of early December.”

She said both Trump and Zinke spoke to Hatch and Utah Senator Mike Lee during the course of the meeting.

The entrance to Grand Staircase-Escalante National Monument is seen outside of Escalante, Utah, U.S. May 17, 2017. Picture taken May 17, 2017. REUTERS/Bob Strong

The Navajo Nation’s top lawyer said in September the tribe would sue the Trump administration for violating the Antiquities Act, a century-old law that protects sacred sites, cultural artifacts and other historical objects, if it tried to reduce the size of the Bears Ears.

In an email to Reuters on Friday, the lawyer, Navajo Nation Attorney General Ethel Branch, said: “The Navajo Nation stands ready to defend the Bears Ears National Monument. We have a complaint ready to file upon official action by the President.”

A coal deposit lies beneath Grand Staircase, but an archeological site where two dozen new species of dinosaurs have been discovered is located there too and paleontologists are now worried it could be destroyed if the monument’s size is reduced, the Los Angeles Times reported on Thursday.