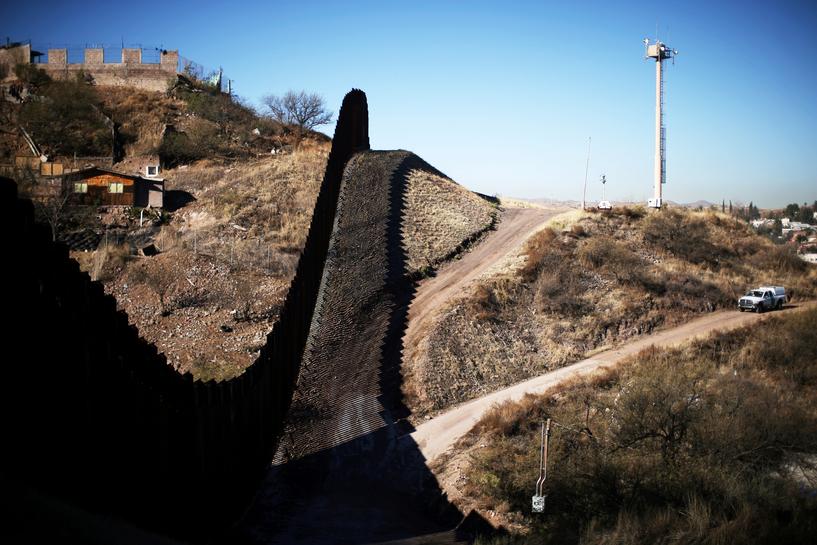 WASHINGTON (Reuters) – President Donald Trump will visit a border protection facility in a town along the U.S.-Mexican border in Arizona on Tuesday as he seeks congressional funding for the wall he wants built, administration officials said on Monday.

Trump, who has struggled to persuade the Republican-led Congress to approve funding for a project many see as unnecessary, is to visit the facility in Yuma, Arizona.

The border area at Yuma is considered a success story for the U.S. Border Patrol because illegal crossings have slowed as a result of the border installation.

Trump will not go to the border wall at Yuma as officials had said earlier in the day.

Instead, he will tour a U.S. Customs and Border Patrol hangar and see some of the equipment used to monitor the border, including a Predator drone, a patrol boat and a surveillance truck, the officials said.

During his visit, Trump will be briefed on border patrol efforts in the region and the need for more funding for immigration and border officials to carry out the Republican president’s desire for sharp limits on illegal immigration, the officials said.

The proposed border wall, aimed at preventing illegal immigration to the United States, was one of Trump’s major 2016 campaign promises. His vow that Mexico would pay for the wall, which the Mexican government has insisted it will not do, has strained relations between the two neighbors.

Trump has since said he will find a way for Mexico to repay the United States for construction of the wall but that Congress would need to fund it first.

On the lookout for the invisible: How NEA safeguards against radiation risk
10 people, including 3 children, injured after fire engulfs HDB flat in Whampoa
Police in China’s Guangdong Question Activist Over Support For Myanmar Protests
Sri Lanka seeks US$2.2 billion from China as reserves shrink
Hong Kong Sets Aside US $1 Billion For ‘National Security’ Fund