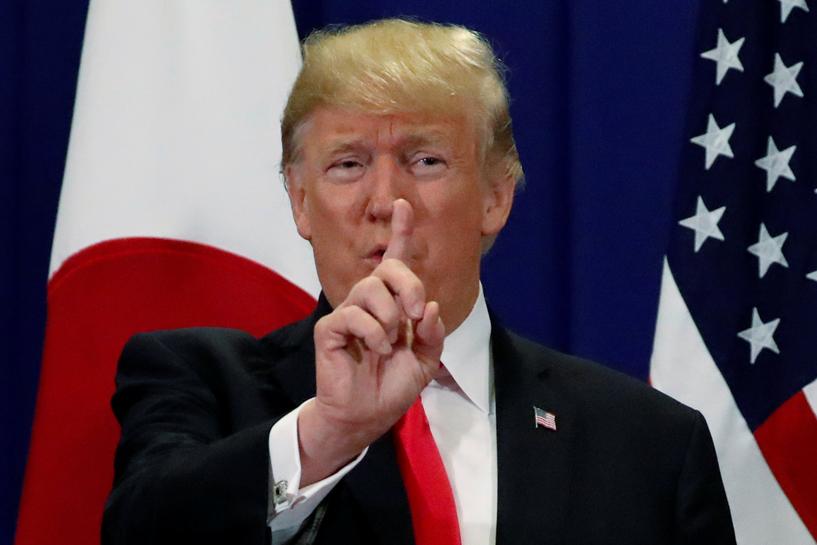 MANILA (Reuters) – U.S. President Donald Trump said on Monday he had made significant progress on trade issues during a fruitful trip across Asia that saw governments roll out red carpets “like nobody has ever seen”.

“We’ve made some very big steps with respect to trade, far bigger than anything you know,” Trump told reporters in Manila on the sidelines of a summit with leaders of Southeast Asian and East Asian nations.

He did not give details of his achievements on trade matters during a tour that took him to Japan, South Korea, China and Vietnam before his last leg in the Philippines capital.

He said a statement would be issued from the White House on Wednesday about North Korea, and on trade, key issues of a trip he described as fruitful.

“It was red carpet like nobody, I think, has probably ever seen,” he said.

In Vietnam at the weekend, Trump and leaders of Pacific Rim nations agreed to address “unfair trade practices” and “market- distorting subsidies”, a statement that bore the imprint of Trump’s efforts to reshape the global trade landscape.

His “America First” vision has upset a traditional consensus favoring multinational trade pacts that China now champions. On the sidelines of the Vietnam meeting, 11 countries kept alive a Trans Pacific trade deal whose future was thrown into doubt when Trump withdrew from it in the name of protecting American jobs.

Chinese President Xi Jinping told the summit in Vietnam that Asia-Pacific nations must “uphold multilateralism”, countering Trump’s message that the United States would stay out of trade deals that surrender its sovereignty.

Trump, by contrast, blasted the World Trade Organization and multilateral trade deals during his tour. Some analysts expect tougher U.S. action may be imminent to fight trade imbalances with China exacerbated by its state-led economic model.