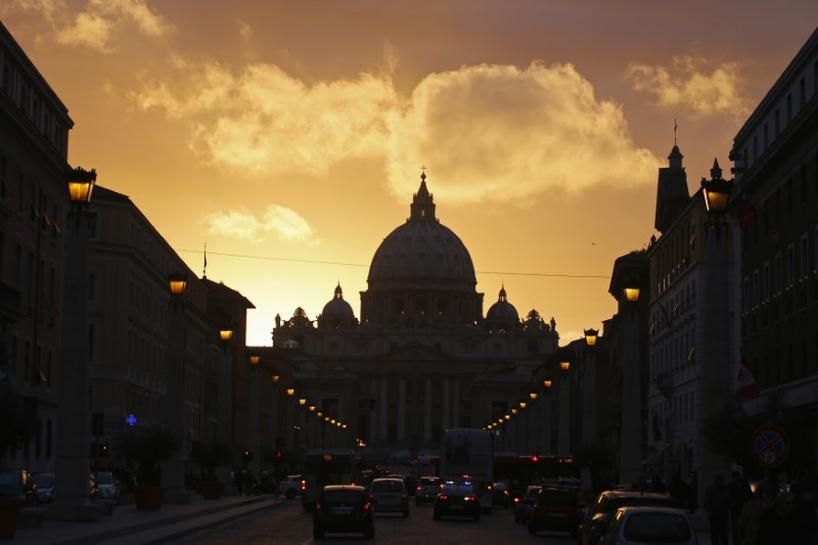 OSLO U.S. President Donald Trump is sending U.S. energy production “back to the past” with disastrous decisions to withdraw from the Paris climate agreement and to promote the coal industry, a senior Vatican official said on Friday.

Bishop Marcelo Sanchez Sorondo, head of the Pontifical Academy of Sciences, said Pope Francis was concerned that any harm to the environment will be like a “boomerang that will come back … especially to poor people” with ever worsening effects.

Trump said on June 1 he was pulling the United States out of the 195-nation Paris climate agreement, the first to oblige all nations to limit greenhouse gas emissions, saying he wanted to create jobs in the U.S. fossil fuel industry.

Trump said participating in the pact would undermine the U.S. economy, wipe out jobs, weaken national sovereignty and put his country at a permanent disadvantage.

“This is to go back to the past and not to see the future,” Sanchez Sorondo, an Argentine like the pope, told Reuters in a telephone interview. He said future energy jobs would be in renewables, such as wind or solar power, rather than coal.

Withdrawal from the Paris Agreement “is a disaster for this country (the United States) and also for all the world”, he said, echoing remarks he made to an Italian newspaper just before Trump’s announcement.

Many other leaders have expressed dismay and anger at Trump’s withdrawal and pledged to push ahead with the Paris accord. Among them, German Chancellor Angela Merkel urged action to protect “Mother Earth”.

The 2015 Paris Agreement aims to phase out greenhouse gas emissions this century to limit a rise in average temperatures to “well below” 2 degrees Celsius (3.6 Fahrenheit) above pre-industrial times.

The pope has urged Trump to be a peacemaker and gave him a signed copy of a 2015 encyclical about the environment in a meeting in the Vatican last month. Sanchez Sorondo said he had not heard if Trump had read the document.

Sanchez Sorondo criticized what he called the poor level of teaching of science in the United States, compared to many European countries such as Germany. “The German people are more educated in sciences and believe in science,” he said.

“The real situation of the Earth today, of the planet, is described by scientists,” he said. To anyone on the surface the Earth can seem flat but scientific findings mean “it’s difficult to say the Earth is not round,” he said.

The Vatican has embraced climate change science in recent years, a quicker acceptance than in some other areas. Pope John Paul acknowledged only in 1996, for instance, that Charles Darwin’s 1859 theory of evolution was “more than a hypothesis”.

During his campaign, Trump dismissed man-made climate change as a hoax. By contrast, a U.N. panel of climate scientists says it is at least 95 percent probable that most warming since the 1950s is caused by human activities.

Sanchez Sorondo will attend a meeting in Oslo on Monday of faith leaders to discuss how to protect tropical rainforests such as in the Amazon or Congo basins.

Protecting forests fits into religious traditions that humans are stewards of the planet, not just exploiting nature, he said. “This was an idea of the Bible but also an idea of the Greeks and all civilizations,” he said.

Enhanced precautionary measures for religious organisations under tightened COVID-19 measures
Malaysia’s 1MDB, ex-unit seek recovery of US$23 billion in assets
Doctors in Nepal warn of major crisis as COVID-19 cases surge
Hong Kong Exiles Lobby For Political Asylum Seekers in Canada
Commentary: Oil and gas is not the sunset industry you think it is