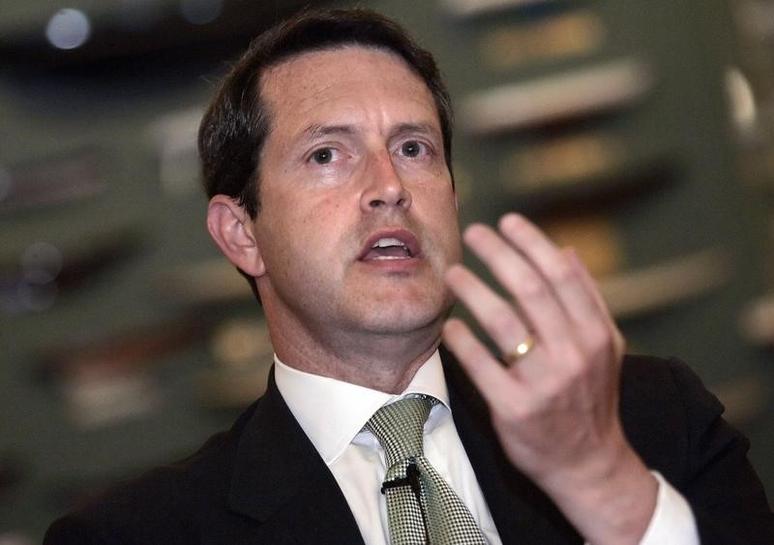 (Reuters) – President Donald Trump’s pick to lead bank supervision at the Federal Reserve benefited from the government bailing out or rescuing two banks during the 2008 financial crisis, but that may not prevent his confirmation by a U.S. Senate controlled by a business-friendly Republican party, policy analysts told Reuters in recent days.

Randal Quarles, a former Wall Street lawyer and U.S. Treasury official who now runs an investment firm, was part of a team that invested in troubled or failed banks while he was an executive at private-equity firm Carlyle Group LP (CG.O). Those investments earned hundreds of millions of dollars for Carlyle, profits that would not have been possible without government support.

Democrats including Ohio Senator Sherrod Brown have said they intend to scrutinize Quarles’ ties to Wall Street during his confirmation hearing. Senator Elizabeth Warren described him as “straight off the Wall Street assembly line” in announcing her opposition in a statement.

But both the White House and Congress are controlled by Republicans, who have the ability to approve Trump’s nominees with a simple majority after Senate rules were changed in 2013. Under previous rules, the party in power would have needed at least 60 votes.

Quarles is viewed by many policy analysts as a business-friendly pick who benefits from having experience in the federal government and his business ties are unlikely to be viewed by senior senators his Wall Street ties as a handicap.

“Profiting in the markets isn’t a scarlet letter in this Congress,” said Isaac Boltansky, director of policy research at Compass Point Trading & Research LLC, in Washington.

Before launching The Cynosure Group in 2014, Quarles was a partner and managing director at Carlyle.

Months after Carlyle’s equity infusion, Boston Private received a $150 million bailout from the Treasury Department, which it later repaid. Those taxpayer funds helped the firm weather the financial crisis, and allowed Carlyle to sell off its stake over time for a total of $150 million, effectively doubling its money, according to a Reuters review of share sales the firm disclosed in regulatory filings.

The FDIC had absorbed BankUnited’s losses at an estimated cost of $4.9 billion before selling healthier assets to the private equity consortium for $945 million. BankUnited later went public, with Carlyle selling shares worth around $428 million in portions through 2014, according to Reuters’ analysis of its disclosures.

The tallies do not account for dividends or other undisclosed costs. Carlyle would not provide precise numbers for returns on those investments.

Involvement with taxpayer bailouts helped sink the earlier nomination of General Electric Co (GE.N) executive David Nason for the Federal Reserve supervisory position. Nason withdrew from vetting after Republicans criticized him for having structured the bailout program inside the Treasury Department during the Bush administration.

But Wilbur Ross, whose WL Ross & Co was part of the consortium that invested in BankUnited alongside Carlyle, successfully became U.S. Commerce Secretary.

Quarles’ history on Wall Street may be a talking point during his confirmation hearings, but it is unlikely to bring down his nomination, lobbyists and financial regulatory lawyers said.

“At the end of the day, it’s really a ‘nothingburger,'” said Bob Kurucza, a partner in Goodwin Procter’s financial industry and investment management practice.