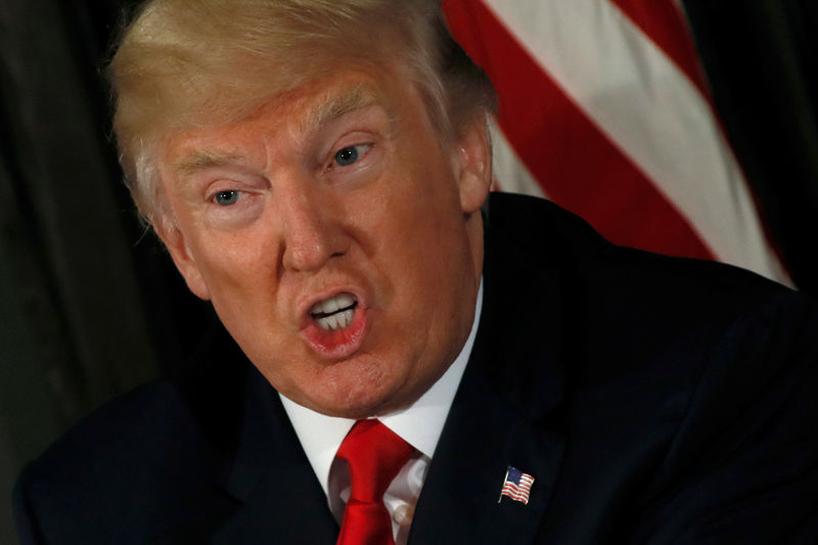 WASHINGTON (Reuters) – President Donald Trump’s vow to respond with “fire and fury” if North Korea persisted in threatening the United States caught his foreign policy and military aides by surprise, two administration officials with direct knowledge of how the issue unfolded said on Wednesday.

“President Trump’s comment was unplanned and spontaneous,” said a senior administration official who deals with the Korea issue and who requested anonymity.

Both officials said Trump, known for his off-the-cuff remarks, had not run that language by his senior aides beforehand.

At an event on Tuesday on the topic of Americans over-using opioids, Trump said: “North Korea best not make any more threats to the United States. They will be met with fire and fury like the world has never seen.”

U.S. officials and analysts cautioned against engaging in rhetorical shouting matches with Pyongyang, which in turn said it was considering a strategy to fire missiles at the U.S.-held Pacific island of Guam, where there is a military air base.

The White House pushed back on Wednesday, saying General John Kelly, Trump’s chief of staff and others on the National Security Council team were “well aware of the tone of the statement of the president prior to delivery.”

“The words were his own. The tone and strength of the message were discussed beforehand,” spokeswoman Sarah Huckabee Sanders said in New Jersey, where Trump is at one of his golf courses on a working vacation.

Sanders said that Kelly and others “were clear the president was going to respond to North Korea’s threats following the sanctions with a strong message in no uncertain terms.”

After two intercontinental ballistic missile tests by Pyongyang last month, the U.N. Security Council imposed new sanctions against North Korea, that could slash its annual export revenue by a third. Pyongyang warned it was ready to teach the United States a “severe lesson.”

The senior administration official who deals with the Korea issue told Reuters:

“There had not been any discussions about escalating the rhetoric in response to North Korean leader Kim (Jong Un)’s statements or about the possible effects of doing that,” said the official, who spoke on condition of anonymity.

“Nevertheless, it is important for the North Koreans to understand that this country’s strategic patience is exhausted and that our resolve to defend our allies, whatever is required to do that, is not.”

Privately two other U.S. officials, who also spoke on condition of anonymity, said the president’s threat of “fire and fury” was not helpful and threatened to evoke an undesirable response from the North Korean leader.

It also risked alienating U.S. allies Japan and South Korea, as well as adversaries China and Russia, all of whom Washington wants to help pressure Kim to abandon his pursuit of a robust nuclear arsenal capable of striking the continental United States.

On Wednesday, Trump appeared to temper his comments by expressing hope that the U.S. nuclear arsenal would never need to be used.

Secretary of State Rex Tillerson appeared to play down the tough talk, saying Trump was just trying to send a strong message in language North Korea’s leader would understand because he “doesn’t seem to understand diplomatic language.” Speaking to reporters before landing in Guam on a previously planned trip on Wednesday, he said there was no imminent threat from North Korea and Americans should “sleep well at night.”

By contrast, Defense Secretary Jim Mattis used some of his strongest language yet on North Korea, warning Pyongyang it must stop any action that would “lead to the end of its regime and the destruction of its people.” He said North Korea’s actions would continue to be “grossly overmatched by ours and would lose any arms race or conflict it initiates”.

State Department Press Secretary Heather Nauert said Trump and Tillerson had spoken for an hour after the president made his “fire and fury” comment.

“We are all singing from the same hymn book,” Nauert said.