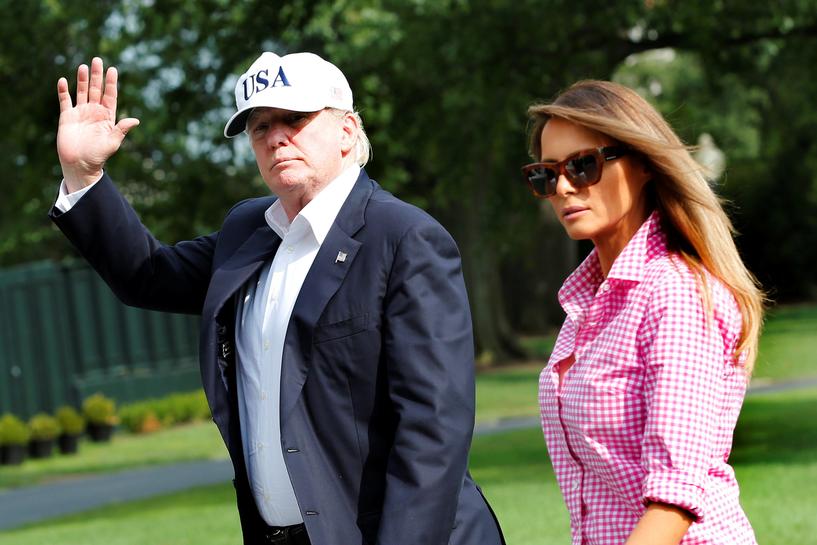 WASHINGTON (Reuters) – Donald Trump’s company was pursuing a Moscow real estate deal while he was running for U.S. president in late 2015 and early 2016, the Washington Post reported on Sunday.

The Post report cited people familiar with the proposal and records viewed by Trump Organization lawyers.

The newspaper said investors and Trump’s company had signed a letter of intent to build a Trump Tower in Moscow but the project, lacking land and permits, was abandoned at the end of January 2016, just before the U.S. presidential primaries began, according to several people familiar with the proposal.

The White House initially referred Reuters’ queries to White House special counsel Ty Cobb and later to the Trump Organization. Neither responded immediately to a request for comment.

The Washington Post report comes amid investigations by an independent special counsel and congressional committees into whether Trump campaign aides colluded with Moscow to influence the 2016 U.S. election. Trump and the Russian government have denied any collusion.

In July 2016, Trump denied business connections with Russia and said on Twitter: “for the record, I have ZERO investments in Russia.” He told a news conference the next day: “I have nothing to do with Russia.”

Discussions about the Moscow project began in earnest in September 2015, the Washington Post said, citing people briefed on the deal. An unidentified investor planned to build the project and, under a licensing agreement, put Trump’s name on it. However, it was unclear how involved or aware Trump was of his company’s negotiations, the newspaper reported.

Before the project was dropped, a Russian-born real estate developer had urged Trump to visit Moscow to promote the proposal and suggested he could get Russian President Vladimir Putin to say “great things” about Trump, according to the report, which cited people briefed on the correspondence.

Trump, who was elected in November 2016, never went to Moscow, the newspaper said.

Details about the proposed deal were contained in a batch of emails to be turned over to congressional investigators shortly, the report said.