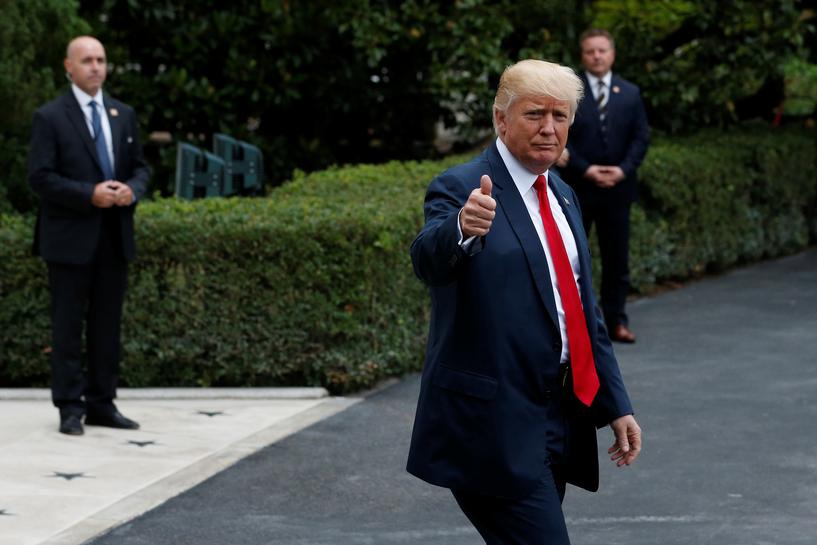 (Reuters) – Voters in Alabama head to the polls on Tuesday to choose Republican and Democratic nominees for a U.S. Senate seat, in a race that has been dominated by debate over President Donald Trump.

Nine Republicans and seven Democrats are competing in the respective primaries, with little expectation that any candidate will reach the 50 percent threshold needed to avoid a runoff election next month between the top two vote-getters in each contest.

The outcome in the Republican primary could offer hints about whether Trump remains popular nine months after he easily won Alabama in the presidential election.

Up for grabs is the Senate seat left vacant by Jeff Sessions after Trump appointed him the U.S. attorney general.

The man appointed to fill the seat, Luther Strange, is one of the three leading contenders on the Republican side, along with U.S. Representative Mo Brooks and former Alabama Supreme Court Chief Justice Roy Moore. They have battled for weeks over which of them is most supportive of Trump’s legislative agenda.

Many prominent Trump backers, including Sean Hannity of Fox News, had gravitated to Brooks’ hardline stance on illegal immigration. Strange, a former Alabama attorney general, has close ties to Senate Majority Leader Mitch McConnell, who has been feuding with Trump lately over the stalled effort to pass health care reform.

But Trump reiterated his support for Strange in an automated phone call to voters on Monday.

“He’s helping me in the Senate,” Trump said. “He’s going to get the tax cuts for us. He’s doing a lot of things for the people of Alabama.”

Still, the race’s limited polling suggests Moore is in the lead, with Strange and Brooks fighting for second place.

Moore was effectively ousted as Alabama’s chief justice in 2016 for defying the U.S. Supreme Court’s ruling legalizing gay marriage. It was the second time that he was suspended from the bench. The first was in 2003 after refusing a federal court order to remove a monument of the Ten Commandments from the courthouse.

The winner of the Republican primary will be the strong favorite in November’s general election.

On the Democratic side, Robert Kennedy Jr. is a top contender despite no prior political experience. Political observers say his success is likely due to his name, though he is not related to the famous Massachusetts political dynasty.

Other candidates include Doug Jones, a former U.S. attorney backed by former Vice President Joe Biden; Michael Hansen, a gay environmental activist; and Will Boyd, a minister who lost to Brooks in last year’s congressional race.

Jail for man who pretended to rent condo unit that was later used by sex worker instead
China’s Information Warfare and Media Influence Sow Division in Thailand
Manila: Latest Patrols Show Almost 300 Chinese Militia Ships in Philippine Territory
‘Where were you when I needed you?’: The struggles of mothers in prison, longing to see their children
S$320 million in contracts awarded for works on Johor Bahru-Singapore RTS Link