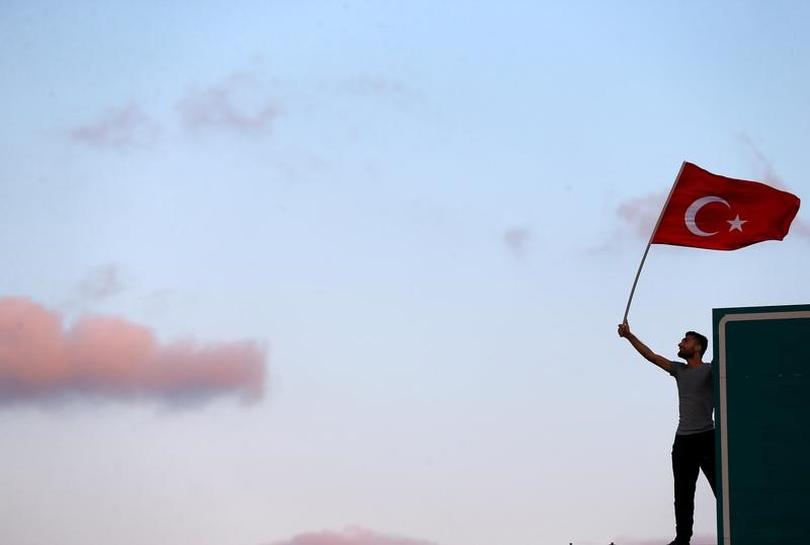 ANKARA (Reuters) – Turkish police have launched operations to track down 33 former staff of a national scientific research agency who are alleged to have been involved in last year’s failed coup attempt, the state-run Anadolu news agency said on Tuesday.

Anadolu said the suspects were alleged to have used ByLock, an encrypted messaging app which the government says was used by the network of U.S.-based cleric Fethullah Gulen, whom it accuses of orchestrating the abortive putsch in July 2016.

Gulen has denied involvement in the coup attempt.

Since the coup attempt some 150,000 people have been sacked or suspended from jobs in the civil service and private sector and more than 50,000 have been detained for alleged links to the putsch.

The crackdown has alarmed rights groups and some of Turkey’s Western allies, who fear the government is using the coup as a pretext to quash dissent.

Security sources also said 30 people suspected of being linked to the outlawed Kurdistan Workers Party (PKK) were arrested on Tuesday in operations in the southeastern province of Sirnak.

The PKK, designated a terrorist organization by Turkey, the European Union, and United States, has waged a three-decade insurgency against the Turkish state, and the government has ramped up operations targeting the militants since the collapse of a ceasefire in 2015.