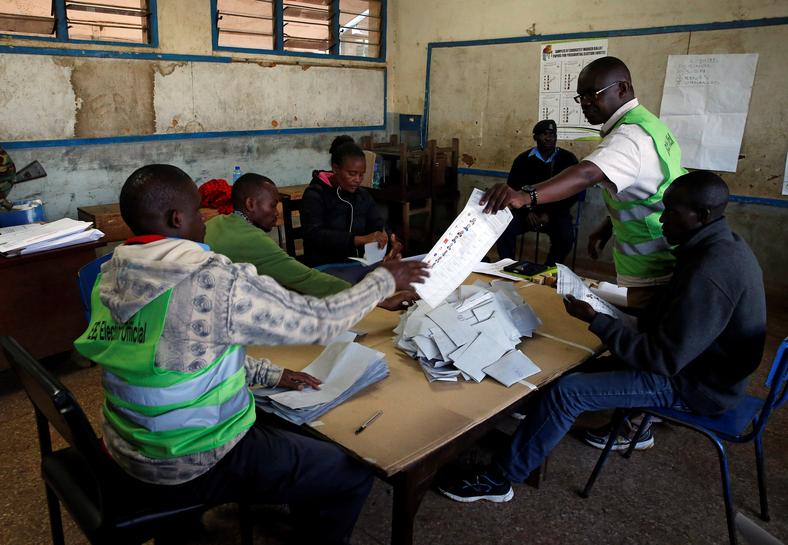 Turnout in the August vote that was later annulled by the courts was 80 percent. Opposition leader Raila Odinga boycotted the re-run, saying the election commission had failed to change any of the key personnel involved in the botched first attempt.