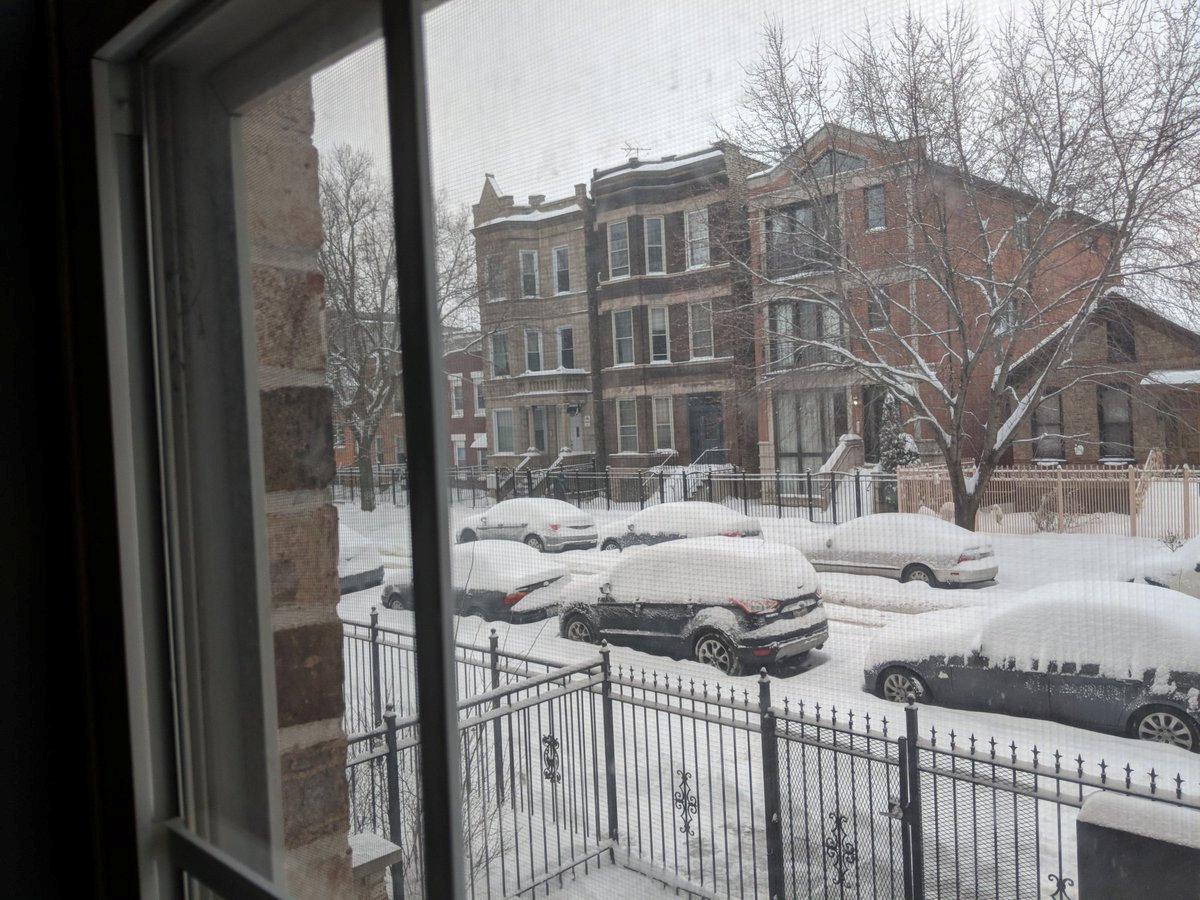 CHICAGO (Reuters) – A winter storm swept across the northern U.S. Midwest on Friday, dumping up to nine inches (23 cm) of snow on Chicago, killing at least two people and snarling hundreds of flights as it rolled east to threaten New York state and New England.

Chicago’s metropolitan area was blanketed with its heaviest snowfall since at least late 2016 as the storm put an icy grip on much of Wisconsin, northern Illinois and Michigan.

A man in his 60s died of a heart attack on Friday after he shoveled show, Keith Hartenberger, spokesman for Edward Hospital in Naperville, Illinois, said in a phone interview. A 33-year-old woman also died after a multi-vehicle crash on Friday near Fenton, Michigan, located south of Flint, Fenton police said.

The snow caused dozens of crashes on icy Chicago expressways as residents of the third-biggest U.S. city struggled to get to work and to dig out from a storm system that had stretched from Montana to Michigan.

“I hate you, Chicago!” Ieva Urbietyte, a 25-year-old customer service representative, said while cleaning snow off her car in the Windy City. “Thankfully we don’t have to do this all the time.”

Weather forecasters in Detroit warned that snowfall there could surpass one inch (2.5 cm) an hour as the system headed east.

At the Argus Farm Stop in nearby Ann Arbor, Michigan, several customers arrived on skis, and store manager Laura Barch said she was eager to get into her snowshoes.

Vehicles covered in snow are seen in Chicago, U.S., February 9, 2018 in this picture obtained from social media. TWITTER/@MUMBLESNMAKEUP/via REUTERS

“I feel like this is going to be the one day out of the year” to use them, said Barch. ”This is the first real winter we’ve had in several years.”

Wind chill temperatures were expected to drop below 0 Fahrenheit (minus 18 C) in many areas across the upper Midwest. The central and northern Rockies also will see heavy snow, the National Weather Service said.

A motorist drives past a wall of ice covered rock along Interstate 64 near Frankfort, Kentucky, U.S., Feburary 9, 2018. REUTERS/Bryan Woolston

National Weather Service meteorologist Brian Hurley said on Friday that the system was likely to drop another four or five inches (10 or 12.5 cm) of snow on the Midwest as it headed east toward New England.

The storm could dump up to a foot (30 cm) of snow in New York state as it picks up moisture off the Great Lakes, he added.

About 1,600 U.S. flights were canceled, with about a third of flights into or out of Chicago and Detroit airports called off, according to FlightAware.com, which tracks airline traffic.

Winter weather this week killed people in accidents in the Midwest, including six in Iowa, two in Missouri and one in Montana, local media in those states reported.