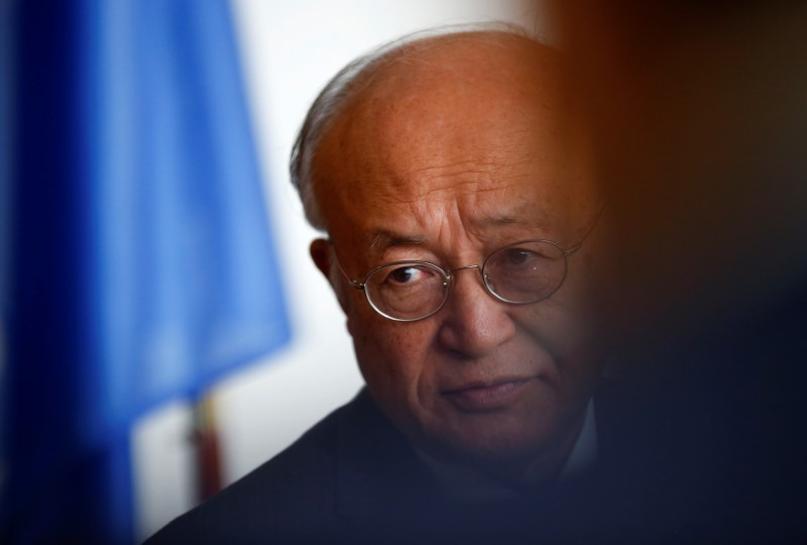 VIENNA (Reuters) – The head of the United Nations nuclear watchdog will visit Iran on Sunday for talks with senior officials there, as opposition from the United States threatens to undermine an international accord to curtail Iran’s nuclear program.

Yukiya Amano, the director general of the International Atomic Energy Agency, will discuss Iran’s implementation of the 2015 agreement, the IAEA said on Wednesday.

The visit comes during a dispute between Washington and Tehran over U.S. President Donald Trump’s decision this month not to certify Iranian compliance with the landmark nuclear deal between Iran and six world powers.

The U.S. Congress now has less than 60 days to decide whether to re-impose economic sanctions on Tehran that were lifted under the deal, in exchange for restrictions on Iran’s nuclear activities.

Amano, whose agency is in charge of policing those restrictions, has defended the agreement as a “net gain” for nuclear verification and said Iran’s commitments under the deal are being implemented.

The IAEA did not mention Trump’s refusal to certify Iran was complying with the agreement. European Union leaders have reaffirmed their commitment to the accord, hoping that Congress will prevent the deal from collapsing.

Iranian Supreme Leader Ayatollah Ali Khamenei has said Tehran will stick to the agreement as long as the other signatories do, but will “shred” the deal if Washington pulls out, as Trump has threatened to do.