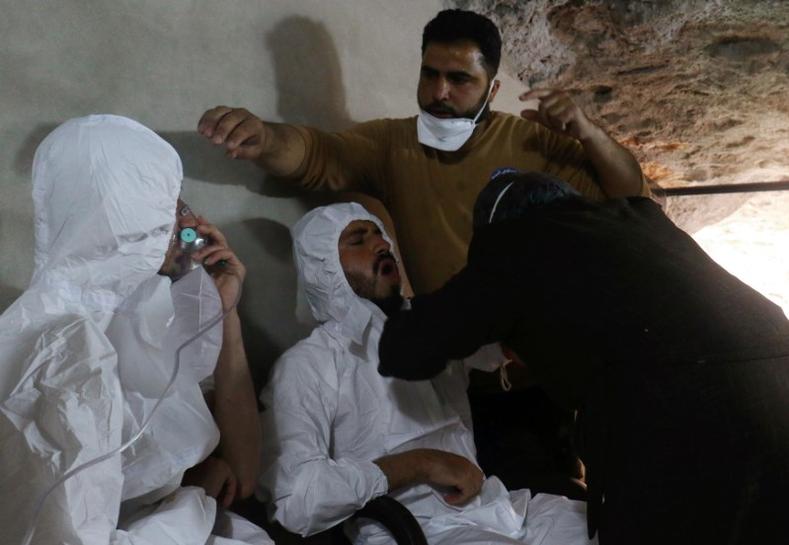 UNITED NATIONS (Reuters) – The Syrian government is to blame for an attack on the opposition-held town of Khan Sheikhoun that killed dozens of people last April, according to a joint report from the United Nations and the Organization for the Prohibition of Chemical Weapons, the United States mission to the United Nations said on Thursday.

FILE PHOTO: A man breathes through an oxygen mask as another one receives treatments, after what rescue workers described as a suspected gas attack in the town of Khan Sheikhoun in rebel-held Idlib, Syria April 4, 2017. REUTERS/Ammar Abdullah/File Photo

The report from the U.N. and OPCW’s Joint Investigative Mechanism (JIM) is due on Thursday.

Reuters has not seen the official report from the JIM.