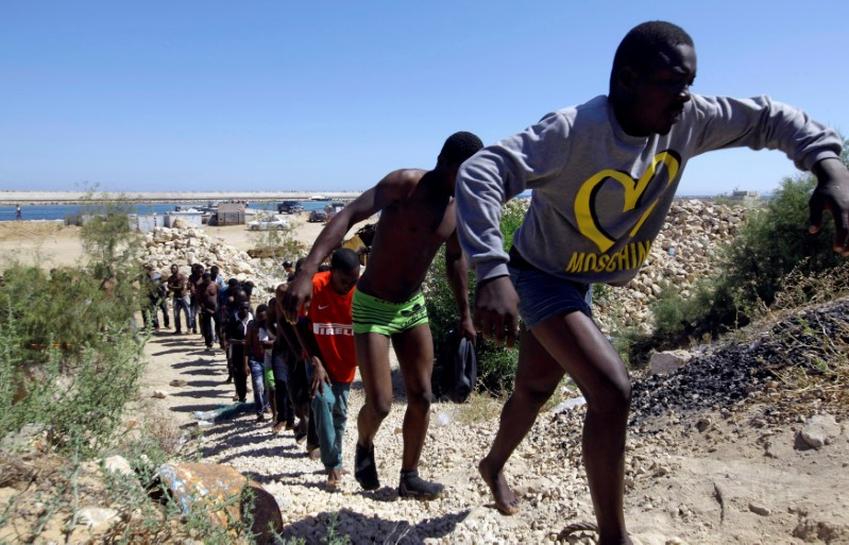 GENEVA (Reuters) – West Africa migrants and asylum-seekers must be dissuaded from going to Libya, the main point of departure for Europe but where they often face abuse and detention at the hands of traffickers, the United Nations said on Tuesday.

More than 110,000 migrants and refugees have arrived by sea in southern Europe so far this year, including 92,000 in Italy, it said. At least 2,360 have died at sea and an unknown number have perished in the Sahara desert trying to reach Libya.

“People should not go to Libya. We have no idea about the number of people losing their lives in those detention centers run by traffickers,” Vincent Cochetel, UNHCR Special Envoy for the Central Mediterranean situation, told a news briefing.

“But when you interview the people in Italy, you just hear horror stories about people missing.”

Italy is considering issuing temporary visas that would allow migrants to travel around the European Union, its deputy foreign minister said on Tuesday, a move intended to pressure its EU neighbors to do more to help ease the migration crisis.

The UNHCR expanded its appeal to $421 million to finance its strategy in countries of origin and transit in sub-Saharan Africa, in North Africa and in destination countries in Europe.

Some 7,000 to 9,000 migrants and refugees are held in Libya at any time, including in detention centers, Cochetel said.

“The rest of the people in Libya are often kept in what are called ‘connection houses’ or warehouses where they are kept by the traffickers and are subject often to all sorts of abuse.

In sub-Saharan African countries including Niger, UNHCR aims to help asylum seekers gain access to asylum procedures and to raise awareness of the risks of traveling to Libya, he said.

“So what we are proposing… is a surge of activities that provide adequate reception, decent reception conditions as well as other services so people have a real alternatives to stay in those countries of transit and have their case, their application, examined in those countries,” he said.

Commentary: With or without masks, our kids have surprised us with their adaptability
Work in office, from home, or both? Hybrid work has potential and pitfalls, say experts
‘Enough is enough’: China attacks US at Security Council
China says WHO gave blessing for COVID-19 vaccine emergency use programme
Hong Kong 12 Face ‘Atmosphere of Terror’ in China Custody – Activist Hu Jia