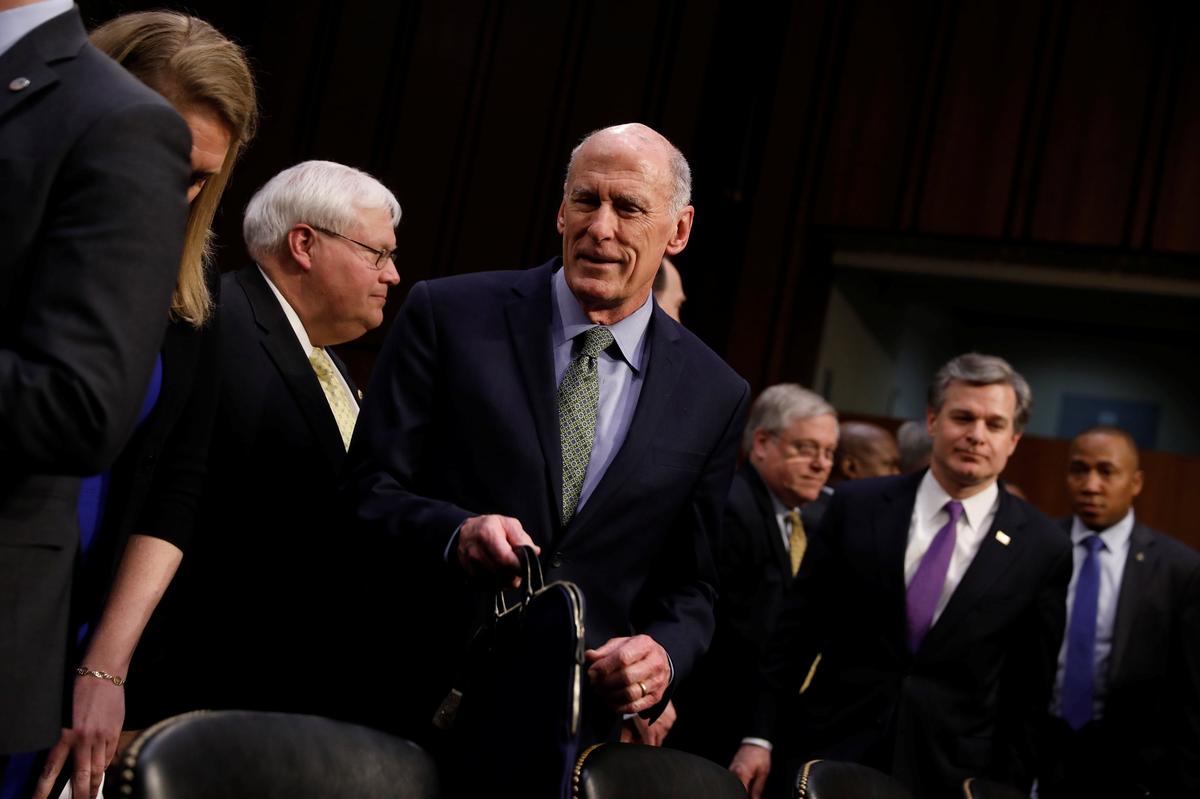 WASHINGTON (Reuters) – Leaders of U.S. intelligence agencies warned on Tuesday that Russia will try to interfere in the 2018 U.S. midterm elections by using social media to spread propaganda and misleading reports, much as it did in the 2016 campaign.

Director of National Intelligence Dan Coats told a congressional committee that Russia and other foreign entities were likely to attack U.S. and European elections this year and beyond, adding that Moscow believes similar efforts successfully undermined U.S. democracy two years ago.

Coats, a former senator appointed by President Donald Trump as Washington’s top intelligence official, said he had already seen evidence Russia was targeting U.S. elections in November, when Republican control of the House of Representatives and Senate are at stake, plus a host of positions in state governments.

“Frankly, the United States is under attack,” Coats said at the Senate Intelligence Committee’s annual hearing on worldwide threats.

Coats’ assessment runs counter to statements from Trump, who has cast doubt on the notion of Russian meddling and denied any collusion by his associates with Russia ahead of his surprise November 2016 defeat of Democrat Hillary Clinton.

U.S. spy agencies concluded more than a year ago that Russia used hacking and propaganda to try to tilt that election in favor of the Republican. Russian President Vladimir Putin has repeatedly denied this and Trump has said he believes him.

“There should be no doubt that Russia perceives its past efforts as successful and views the 2018 U.S. midterm elections as a potential target for Russian influence operations,” Coats said.

Coats said “persistent and disruptive cyber operations” would continue “using elections as opportunities to undermine democracy” in the United States and its European allies.

Coats described a range of ways in which Russia might try to influence this year’s vote.

“At a minimum, we expect Russia to continue using propaganda, social media, false-flag personas, sympathetic spokespeople, and other means of influence to try to exacerbate social and political fissures in the United States,” he said.

The charge of Russian meddling spawned a federal probe and congressional investigations into whether Trump’s campaign colluded with Moscow, throwing a shadow over the first year of Trump’s presidency.

Senators asked the intelligence chiefs during the hearing whether there was a plan in place to combat more hacking.

Central Intelligence Agency Director Mike Pompeo and Chris Wray, the director of the Federal Bureau of Investigation, also Trump appointees, said there were significant, specific efforts under way, but did not elaborate.

”If we discuss this openly, then the public – who are really the targets of these operations – will be prepared and less susceptible to any influence if and when it does happen,” Hultquist said.

In Germany’s election last September, public discussion of a feared Russian cyber campaign, and an agreement among political parties not to exploit information gathered in cyber attacks – an accord unlikely to be replicated in the United States – appeared to help inoculate the country against outside meddling.

Facebook reported that 126 million Americans may have seen Russian-backed political content on its platform over a two-year period.

Trump has repeatedly criticized the CIA and FBI, taking to Twitter to accuse the FBI leadership of bias against Republicans. At Tuesday’s hearing, several committee members expressed support for the intelligence officials.

The Senate Intelligence Committee is conducting one of the three main congressional investigations into the Russia issue. An investigation by a House intelligence committee has led to partisan squabbling between Republicans and Democrats.

Reporting by Patricia Zengerle and Doina Chiacu, additional reporting by Jim Finkle in Toronto and Warren Stroble in Washington; Editing by Frances Kerry and Grant McCool