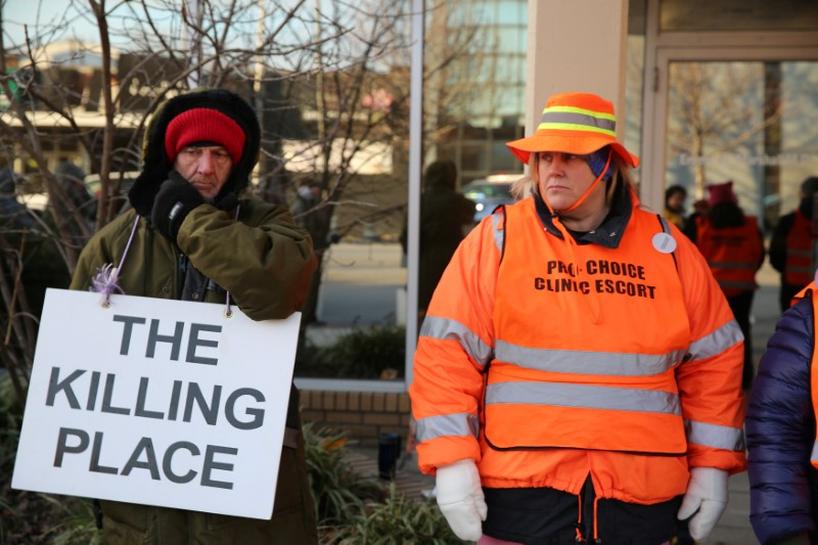 LOUISVILLE, Kentucky (Reuters) – Patricia Canon drives poor rural Kentucky women to distant abortion clinics each week, part of a national army of volunteers who are growing bolder even as abortion foes ratchet up opposition to the activists they have branded as “accomplices to murder.”

The Kentucky Health Justice Network, where she volunteers, is one of dozens of non-profit U.S. abortion funds providing money for procedures or covering travel costs to help women obtain abortions, particularly in states where Republican-backed laws have narrowed options.

For years, such organizations kept a low profile to avoid being targeted by abortion opponents. But now, as abortion foes have succeeded in shrinking access, advocates are working harder to grow grassroots support and taking a more public stance.

The anti-abortion movement won a victory with the election of President Donald Trump, who has promised to appoint U.S. Supreme Court justices who would overturn the Roe v. Wade decision protecting a woman’s right to abortion. Critics of the decision say states should decide.

That worries pro-choice advocates, including support groups in states where Republicans control legislatures.

“There is a volume and aggressiveness of anti-choice legislation and legislators who feel empowered by the administration,” said Yamani Hernandez, executive director of the National Network of Abortion Funds, which represents 70 funds in 38 states.

Kentucky is a flashpoint in the national debate. The state had 17 abortion providers in 1978 but one today. It could become the first U.S. state without any clinics this fall, when a court will determine whether its anti-abortion Republican governor wins a licensing fight.

Anti-abortion protesters will converge on Louisville starting Saturday ahead of a week of demonstrations. Some have vowed to broadcast footage of abortions on an 8-by-16-foot “Pro-Life JumboTron” screen.

In response, a judge has ordered a temporary buffer zone around the state’s only abortion clinic.

Protesters and escorts who ensure women can reach the clinic face off outside the EMW WomenÕs Surgical Center in Louisville, Kentucky, U.S. January 27, 2017.Chris Kenning

Kentucky is not alone in making access to abortion tougher. There are six other U.S. states with only one clinic each.

The Guttmacher Institute, a reproductive health think tank that supports abortion rights, said U.S. state legislatures enacted 41 new abortion restrictions in the first half of 2017, even after a 2016 U.S. Supreme Court decision struck down restrictive abortion laws in Texas.

Many more restrictions were proposed, ranging from waiting periods to 20-week abortion bans. The number of U.S. abortion providers dropped from 2,434 in 1991 to 1,671 in 2014, according to Guttmacher data. This year, Iowa blocked abortion providers from receiving public money for family planning services.

Medicaid restrictions and a decline in the number of hospitals providing services have also curtailed access, the National Abortion Federation said.

Advocates say poor and rural women are hurt most by such laws. The biggest impact is in the South and Midwest, where the number of abortion providers has dwindled. Nearly half of the 40 clinics in Texas closed after laws enacted in 2013. Only a few have reopened since last year’s court ruling.

The National Network of Abortion Funds met last month in Arizona to map a strategy that in part aims to open 10 new support fund programs across the country, expand its network of more than 2,000 volunteers and leverage rising donations to fill more than 100,000 annual requests for financial or travel aid, Hernandez said.

The groups spent roughly $3.5 million to aid abortion access in 2015, she said, the latest year for which data was available.

Kentucky Health Justice leaders hope to double volunteers and funding. Fund Texas Choice, an abortion travel aid group formed in 2014, and Arkansas Abortion Support Network, opened a year ago, are also among those working to expand.

Such rhetoric has not stopped some support groups from taking a more public stance resisting pressures to curtail abortion access.

“When we started two years ago, a lawyer told us to make sure your mission is kind of vague, don’t use the A-word,” said Maia Elkana, who started Missouri’s Gateway Women’s Access Fund several years ago. “We’re a lot more out there now.”

How South Korea turbocharged specialty syringe production for COVID-19 vaccines
India opens up COVID-19 jabs to all adults as New Delhi goes into lockdown
34 errant cyclists caught over two days, including 2 riding against traffic flow: LTA
Commentary: It’s too early to slow down the Chinese economy
Citi to hire up to 1,500 people in Singapore to boost consumer wealth management businesses