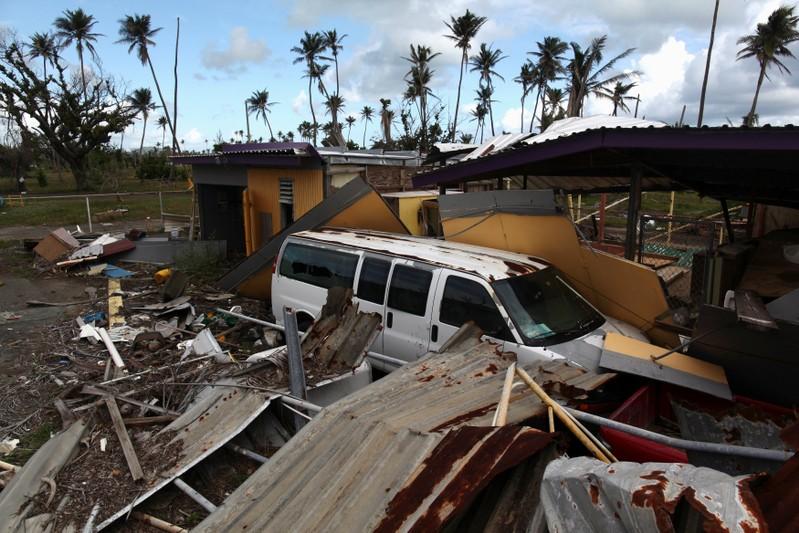 NEW YORK (Reuters) – The U.S. Federal Emergency Management Agency said on Wednesday it would continue providing water, meals and other essentials to hurricane-ravaged Puerto Rico despite earlier reports its humanitarian mission in the U.S. territory would end on Wednesday.

“There was never, and is not now, a decision to stop distributing commodities on the island,” FEMA said in a written statement on Wednesday evening.

Puerto Rico is struggling to recover from Hurricane Maria, which hit on Sept. 20. The storm killed dozens and left the entire island without power at a time when it was already trudging through the largest government bankruptcy in U.S. history, with some $120 billion in combined bond and pension debt.

Some Puerto Rican and U.S. politicians had criticized FEMA this week after NPR reported on Monday that FEMA’s mission in Puerto Rico was coming to an end, citing a spokesman for the agency.

On Tuesday, FEMA reversed course, saying the initial Jan. 31 end date had been relayed in error.

Democratic U.S. Senator Bill Nelson, speaking on the Senate Floor on Monday, had said it would be “unconscionable” and “a travesty” to cut off aid in Puerto Rico, where nearly a third of the island’s 3.4 million U.S. citizens still lack power more than four months after the storm.

Eventually, FEMA will hand over responsibility for humanitarian aid to Puerto Rico’s government.

Amid the confusion over the timing of that transition, Puerto Rico’s public safety director, Hector Pesquera, said on Tuesday his administration was still negotiating with FEMA on the timing of the handover.

“We have yet to finish the discussions about when the transition should start,” Pesquera said. “It is important to note that this transition period should last at least two weeks.”