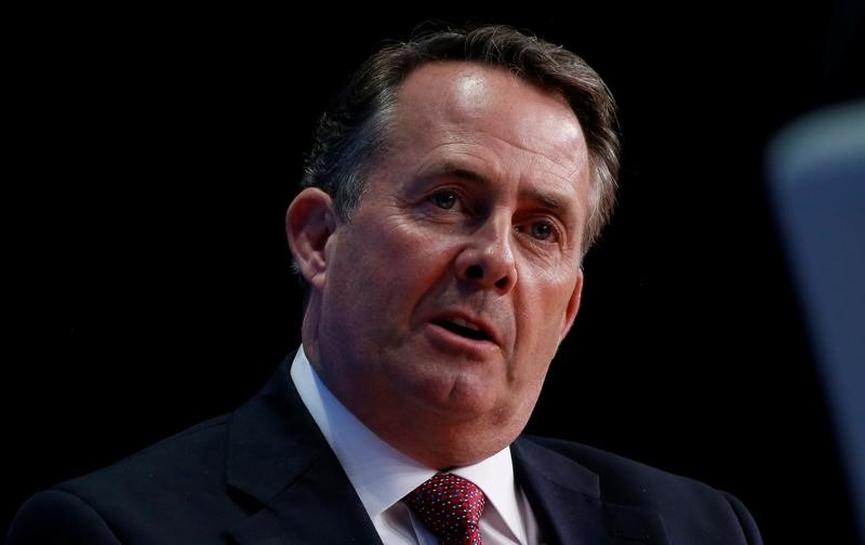 WASHINGTON (Reuters) – U.S. and British officials will meet in Washington on Monday for the first meeting of a new trade and investment working group to explore a possible free trade agreement between the countries after Brexit, a U.S. official said on Wednesday.

News that the allies will begin exploring their post-Brexit economic relationship comes in the first week of negotiations in Brussels between Britain and the European Union on Britain’s departure from the European Union.

Britain will not be free to agree new trade deals until it has left the EU in 2019.

FILE PHOTO – Robert Lighthizer speaks after he was sworn as U.S. Trade Representative during a ceremony at the White House in Washington, U.S. on May 15, 2017.Kevin Lamarque/File Photo

“The early discussions will focus on laying the groundwork for commercial continuity for U.S. and UK businesses as the UK leaves the EU and exploring possible ways to strengthen trade and commercial ties, consistent with the EU’s common commercial policy,” the official told Reuters.

The sides want to ensure there is no disruption to flights between the United States and Britain after Brexit, that commercial data flows are protected and that trade in nuclear materials and technology continues.

US President Donald Trump and Britain’s Prime Minister Theresa May meet at the start of the “retreat meeting” on the first day of the G20 summit in Hamburg, Germany, July 7, 2017.John MACDOUGALL,POOL

U.S. President Donald Trump, a Republican, has welcomed Britain’s 2016 vote to leave the bloc and said he would work hard to get a quick bilateral trade deal done.

Trade became a major issue during the Brexit campaign when U.S. President Barack Obama, Trump’s Democratic predecessor, said Britain would go to “the back of the queue” for a deal if it voted to leave.

The comment was denounced as meddling by those campaigning to leave the bloc, who argued that Britain would be free to negotiate quick trade deals with major economies around the world once it had left the bloc.