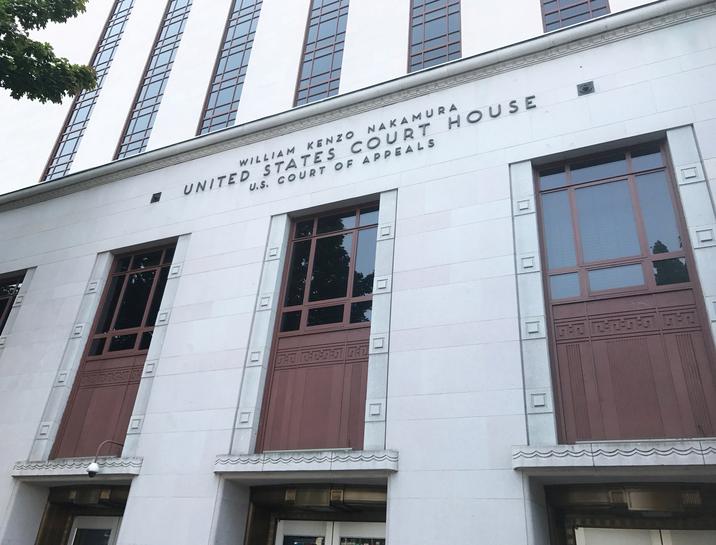 At a hearing in Seattle, a three-judge 9th U.S. Circuit Court of Appeals panel also disputed attempts by Justice Department lawyer Hashim Mooppan to argue that grandparents and other relatives of Americans from six Muslim-majority countries should be temporarily barred from travel to the United States.

The latest round in the fight over Trump’s travel ban began after the U.S. Supreme Court intervened in June to partially revive it. The high court said the ban could take effect but that people with a “bona fide relationship” to a U.S. person or entity could not be barred.

The Trump administration interpreted that language to mean the 90-day travel ban would apply to grandparents and some other family members. It also sought to block entry of up to 24,000 refugees who have a connection to a U.S. resettlement agency, for 120 days, arguing that such a relationship is not close enough to warrant protection from Trump’s order.

The state of Hawaii challenged that interpretation, and a judge in Honolulu ruled against the Trump administration. The Justice Department appealed to the 9th Circuit.

While that appeal goes forward, the Supreme Court said grandparents and others could be allowed to enter the United States, but that the refugee limits would remain in effect.

About two dozen observers filed into a Seattle courtroom for Monday’s hearing, where 9th Circuit Judge Ronald Gould asked how the government could take the position that a grandmother of a child in the United States does not count as a close relationship.

“What universe does that come from?” Gould asked Mooppan.

Another 9th Circuit judge, Richard Paez, questioned why a relationship between a refugee and a resettlement agency is not legitimate. The agency has to develop a specific exchange with the person seeking to move to the country, he noted.

“They’re not just some random person out there,” Paez said.

Mooppan, a deputy assistant attorney general, said the resettlement agency has a relationship with the U.S. government, not the refugee directly.

The court did not issue a ruling during the hearing.

The rollout of Trump’s current executive order has been more subdued than in January, when Trump first signed a more expansive version. That order sparked protests and chaos at airports around the country and the world.