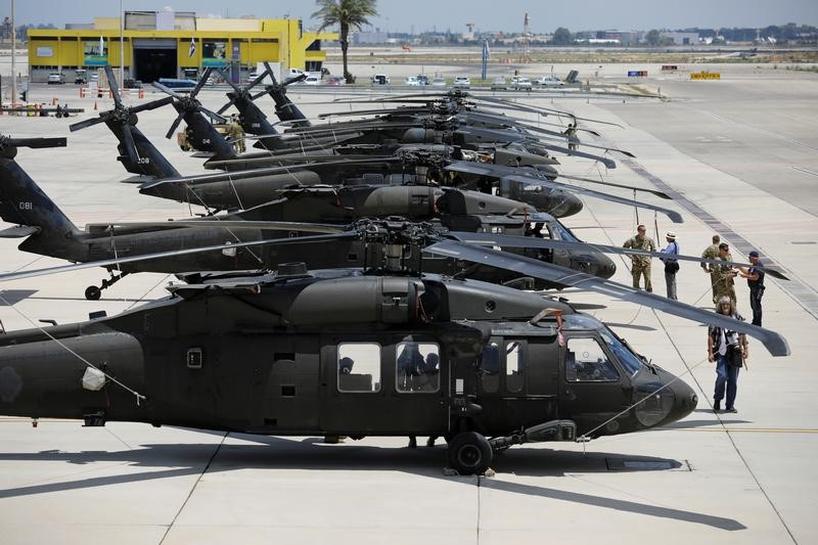 “The matter will now be forwarded to Congress for approval,” he said.

The U.S. embassy in Bangkok declined to comment when asked about the four Black Hawk helicopters but said the United States and Thailand had a “long-standing security relationship”.

Thailand’s military, which has a long history of intervention in politics, ousted a democratically elected government in May 2014 saying it had to step in to end a period of political turmoil.

Several Western countries including the United States criticized the takeover.

In response, the United States downgraded military and diplomatic ties with Thailand, its oldest ally in Asia, suspending arms sales and scaling back military exercises and training.

Thailand, in turn, increasingly looked to other countries, in particular China, for its defense purchases. In April it approved a plan to purchase Chinese submarines worth $393 million.

That same month, Thailand’s cabinet approved the purchase of 10 Chinese tanks worth $58 million to replace an old U.S. model.

But relations between the United States and Thailand appear to have improved under U.S. President Donald Trump.

Trump last month spoke with the junta chief, Prime Minister Prayuth Chan-ocha, by telephone and invited him to visit the White House.

Following the call, Prayuth said ties with the United States were “closer than ever”.

A U.S. embassy spokeswoman, Melissa Sweeney, told Reuters by email that over the past decade the United States had sold Thailand military equipment worth more than $960 million, including Black Hawk helicopters, air-to-air missile systems and multiple naval missile and torpedo systems.

Since the coup, the approximate value of U.S. foreign military sales to Thailand was $380 million, she said.

“Equipping has always been and remains integral to that relationship,” she said.

Army chief Chalermchai did not say how much the Black Hawk helicopters would cost but that the military’s 2017 to 2019 budget would cover the cost.

The junta has tentatively set a general election for 2018.