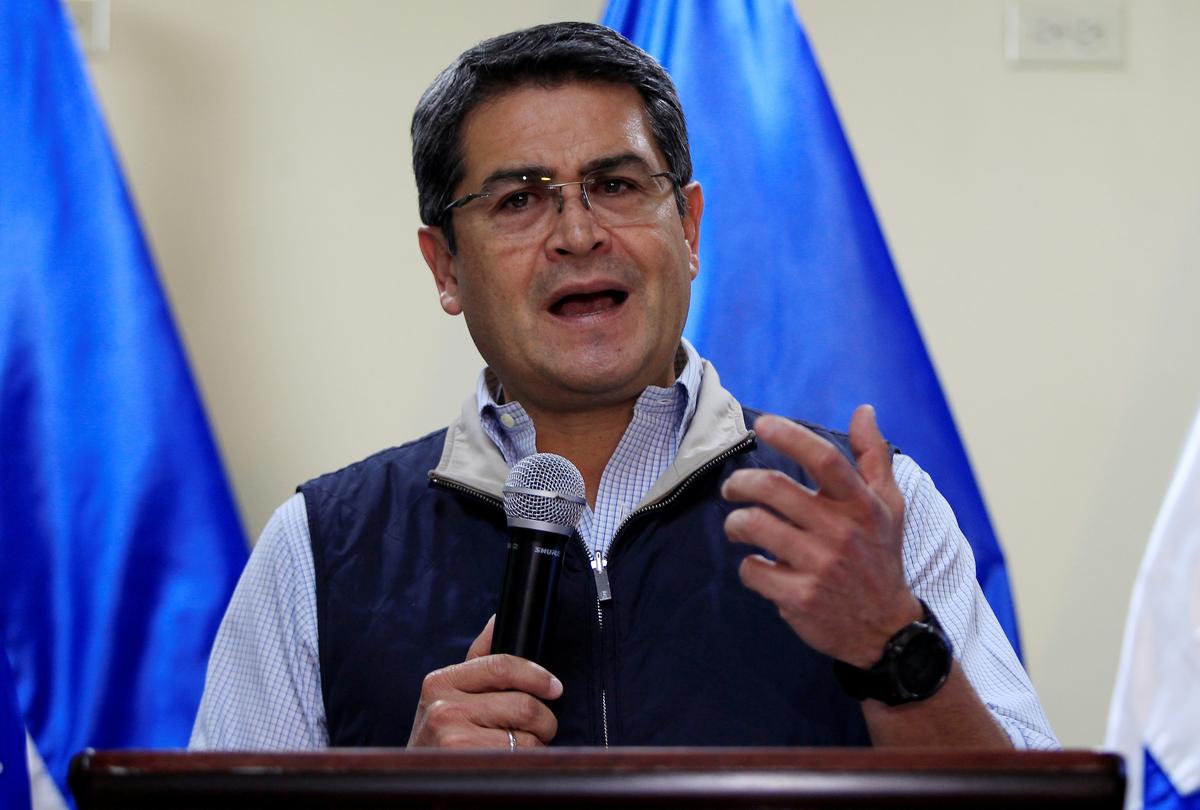 WASHINGTON/TEGUCIGALPA (Reuters) – The United States on Friday backed the re-election of Honduran President Juan Orlando Hernandez, a conservative and U.S. ally, who was certified the winner of last month’s presidential contest despite widespread misgivings about the vote count.

The Honduran electoral tribunal declared Hernandez winner of the Nov. 26 election over the weekend amid strident opposition protests over the vote count in the impoverished Central American country, which is a major hub for drug trafficking.

The controversial election came eight years after a military coup sparked by a previous president’s flirtation with a second term, which was barred by the constitution at the time. In that case, the turmoil was sparked by leftist leader Manuel Zelaya.

The vote tally had initially clearly favored opposition candidate Salvador Nasralla, a center-leftist, but it swung in favor of the incumbent after a 36-hour delay.

The final result sparked violent protests in Honduras, and the Organization of American States (OAS) has called for new elections to resolve the dispute.

That proposal was rejected by senior Honduran officials before the U.S. government recognized Hernandez as president.

“We congratulate President Juan Orlando Hernandez on his victory in the November 26 presidential elections, as declared by the Honduran Supreme Electoral Tribunal,” U.S. State Department spokeswoman Heather Nauert said in a statement.

She added that Honduras should pursue a “long-term effort to heal the political divide in the country and enact much-needed electoral reforms.”

The streets of the Honduran capital Tegucigalpa and other major cities were largely calm on Friday with a few protests cleared by the armed forces. By mid-week some 27 people had died in clashes, according to local human rights group COFADEH.

The State Department called for all sides to refrain from violence, for those who wish to challenge the result to use legal means, and for the government to ensure that security services respect the rights of peaceful protesters.

It also called for the electoral tribunal “to transparently and fully review any challenges filed by political parties.”

Hernandez has led a military crackdown against gangs in the Central American country, and Honduras’ notoriously high murder rate has slid since he took power in 2014.

His opponent, the television host Nasralla, traveled to Washington this week to urge the United States not to recognize the vote, but a senior State Department official said on Wednesday the government had not seen any evidence that would alter the vote’s outcome.