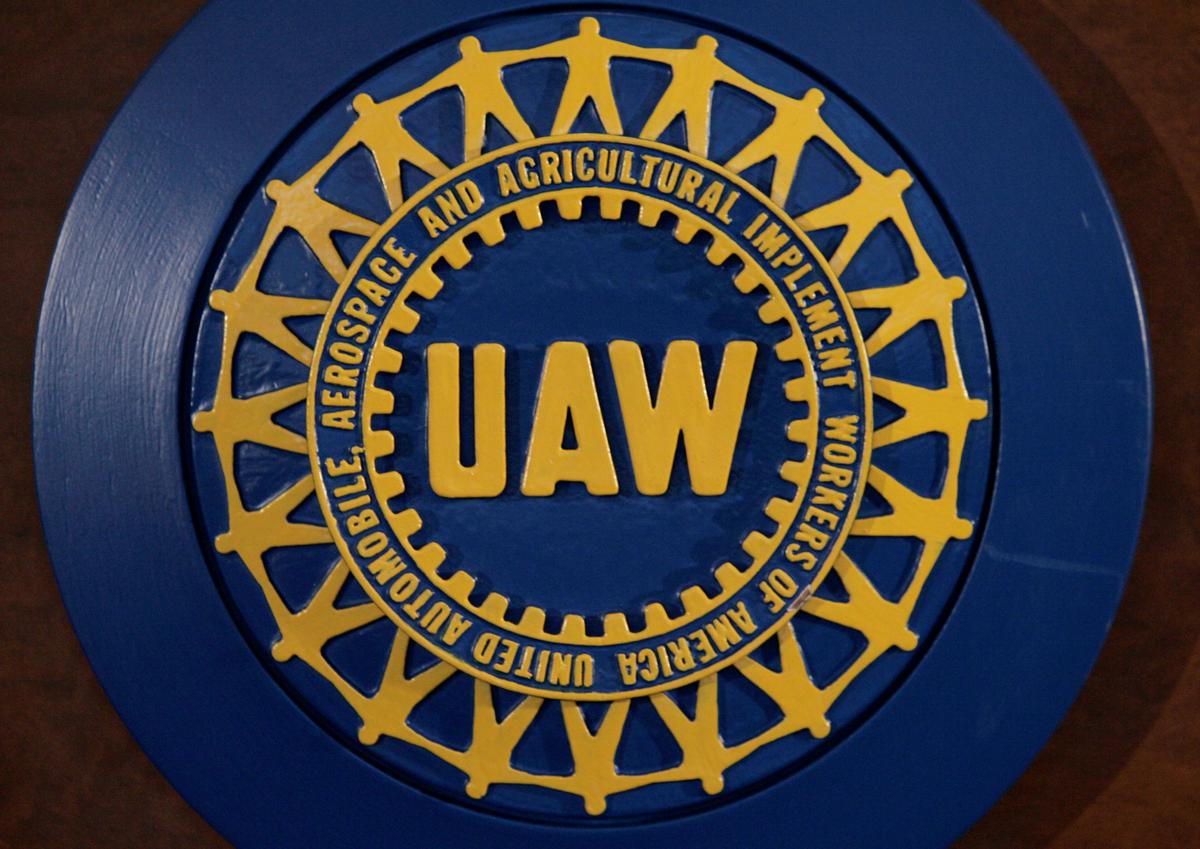 DETROIT/WASHINGTON (Reuters) – Just two days before the UAW’s contracts with Detroit automakers were due to expire, U.S. prosecutors arrested and charged a senior union official on Thursday with embezzlement, releasing a complaint that alleges he spent member dues on lavish parties for union leaders, with liquor, cigars and women to light them.

But Saturday’s deadline could be overshadowed by the latest revelations in a mushrooming corruption scandal, of vast sums being spent on lavish entertainment by labor leaders – including $440 bottles of champagne originally created to please a Russian czar and scantily clad women to light union leaders’ cigars.

The union had hoped to put the federal probe behind it by electing Gary Jones, a former regional director for the union, as president in 2018. He was chosen as he seemed far removed from the scandal.

But Vance Pearson, 58, served as Jones’ second in command from 2016 to 2018 and replaced him last year as director of the UAW’s so-called “Region 5,” which covers 17 western and southwestern U.S. states.

Pearson’s arrest comes just two weeks after the FBI conducted searches including at Jones’ home, as part of an ongoing corruption probe into illegal payments to union officials.

Jones has not been charged with any wrongdoing. A lawyer for Jones did not immediately respond to a request for comment.

Adding to intrigue, the complaint makes frequent reference to someone identified only as “UAW Official A,” saying government agents had seized $30,000 in cash from the individual’s residence.

Steven Bernstein, a Tampa-based labor attorney at Fisher Phillips LLP, said the latest charges create a “difficult dynamic” for the union in talks with automakers.

“This does have the potential to compromise whatever leverage the union’s leaders think they have,” he said.

In a statement, the UAW said “we strongly believe that the government has misconstrued any number of facts and emphasize that these are merely allegations, not proof of wrongdoing.”

Last week, the UAW said it would target GM first out of the Detroit automakers for focused contract talks.

GM said in a statement it was “outraged and deeply concerned” by the revelations.

“These serious allegations represent a stunning abuse of power and trust,” the company said.

The widening probe raises questions about whether the U.S. government might seek to take over the UAW. Peter Henning, a Wayne State University law professor and former federal prosecutor, said a UAW takeover would be “the nuclear option.”

In 1988, the Justice Department sued to force out senior leaders at the International Brotherhood of Teamsters union and appoint a trustee because of the union’s connection to organized crime. The government oversaw the union from March 1989 until 2015 when it agreed to a five-year transition period that will end in February 2020.

The complaint said between 2014 and 2018 Pearson and other leading UAW officials had submitted “fraudulent expense forms.”

Much of the complaint centers on conferences held by the UAW’s Region 5 in Palm Springs, California. The allegations include that, through a “master account” set up at a Palm Springs hotel, union officials embezzled more than $600,000 spent on lavish living for weeks or months at a time. Agents had also found similar payments from accounts at two other hotels.

The complaint singles out a dinner at a local restaurant on New Year’s Eve 2016 that cost $6,600, including four bottles of Louis Roederer Cristal champagne for a total of $1,760.

The complaint quotes from the Louis Roederer website that the Cristal was “created in 1876 to satisfy the demanding tastes of (Russian) Tsar Alexander II,” who was assassinated by a revolutionary in 1881.

Harley Shaiken, a labor expert at the University of California-Berkeley, said the news could be a distraction for negotiators, but the union and its members are focused on a new contract.

“UAW members are focused on how a deal will affect them,” he said. “But even a small number of angry members could color a ratification vote on a contract.”

The ongoing scandal also affects a labor organization closely allied with Democrats a little over a year away from a U.S. presidential election. The UAW represents tens of thousands of workers in the battleground states of Ohio and Michigan.

To date, nine people have pleaded guilty in connection with the ongoing investigation into illegal payoffs to UAW officials by FCA executives and corruption within the UAW.

Reporting by Nick Carey in Detroit and David Shepardson in Washington; Additional reporting by Ben Klayman in Detroit; Editing by Tom Brown and Lisa Shumaker