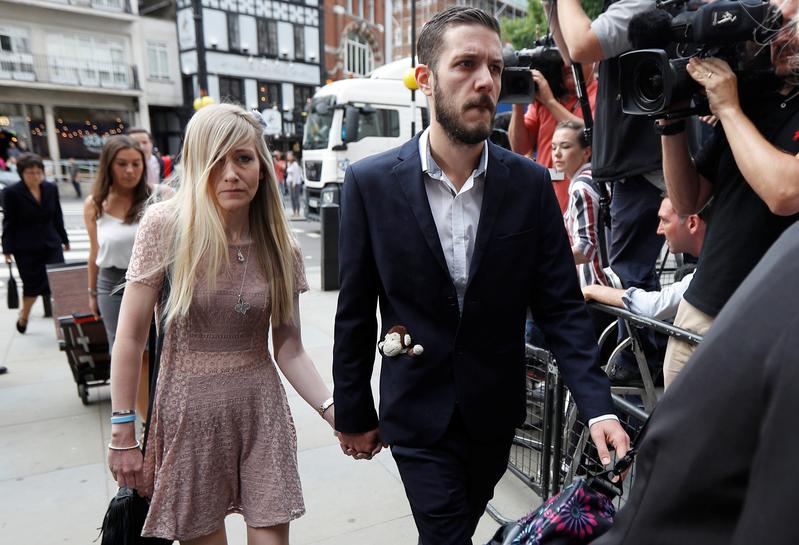 LONDON (Reuters) – A U.S. doctor offering experimental treatment to a critically ill British baby could fly to London in the next few days in a bid to help persuade a judge not to allow a hospital to turn off his life support.

The parents of 11-month-old Charlie Gard have been fighting a legal battle to send their son to the United States for the experimental therapy, but Britain’s courts have refused permission on the grounds it would prolong his suffering without any realistic prospect of it helping.

Charlie suffers from a form of mitochondrial disease, a rare genetic condition causing progressive muscle weakness and brain damage, and London’s world-renowned Great Ormond Street Hospital for Children (GOSH) says he has no quality of life so his life support should be turned off.

The case has garnered worldwide attention after interventions by U.S. President Donald Trump and Pope Francis, who both voiced support for Charlie on Twitter.

Appearing via video link from New York, the U.S. doctor offering the treatment, who cannot be named for legal reasons, said new data and analysis of his research work since the case was first heard in April had given a better perspective on the chances of the treatment’s success.

He told the court there was between 11 and 56 percent chance the nucleoside therapy would improve the baby’s muscular strength and that there was a “small but significant” chance it would also improve brain functions.

One of the key arguments in the case has been whether any of the brain damage Charlie has suffered is reversible and whether he is suffering.

People campaign to show support for allowing Charlie Gard to travel to the United Stated to receive further treatment, outside the High Court in London, Britain July 13, 2017.Peter Nicholls

His parents stormed angrily out of the hearing shortly before the lunch break after the judge said they had agreed that Charlie’s life without any medical improvement was not worth sustaining.

“We have said he’s not suffering, he’s not in pain,” Yates said.

The U.S. expert said the reports of brain scans suggested that Charlie had brain disorder rather than structural damage. He said the better muscular strength would allow a better assessment of his brain condition.

“In my view my keeping Charlie on artificial ventilation will not cause significant harm because he does not seem to be in pain,” he said.

The doctor, who has never seen Charlie and has had limited access to his medical records, said he was prepared to come to Britain for a meeting with other medical experts to try to give a definitive verdict on his condition.

Judge Nicholas Francis, whose original ruling has also been upheld by the European Court of Human Rights, said the meeting needed to be held in the next couple of days.

“If there is important new evidence that suggests my decision should be changed then I will change it,” he said. A hearing to confirm the details will take place on Friday.

The case has provoked heated debate and the judge revealed that some staff from GOSH including doctors and lawyers had been subjected to “the most vile abuse and threats”.

“It has been and remains the unanimous view of all of those caring for Charlie at Great Ormond Street that withdrawal of ventilation and palliative care are all that the hospital can offer him consistent with his welfare,” the hospital said in a position statement to the court.