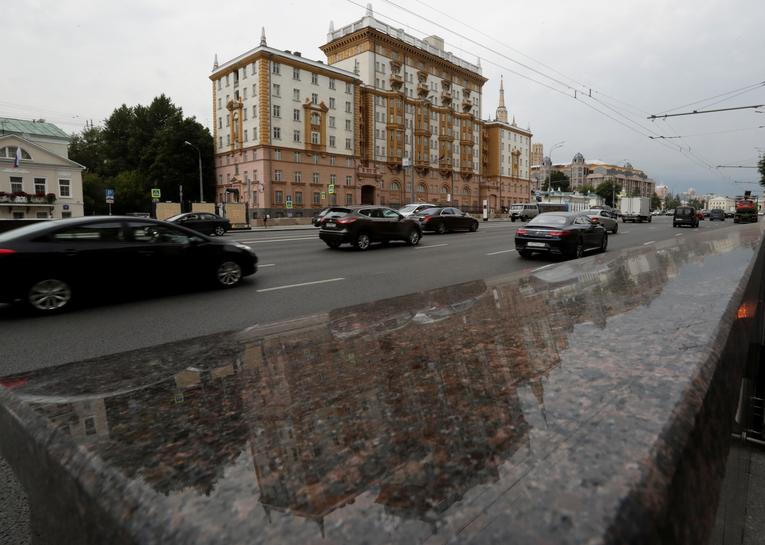 MOSCOW (Reuters) – The U.S. embassy in Moscow accused Russian authorities on Monday of barring diplomatic staff from a property on the outskirts of Moscow, after having earlier granted access until midday on Tuesday for them to retrieve belongings.

The Russian foreign ministry did not immediately respond to requests for comment.

The property, in a picturesque spot on a bend in the Moskva river north-west of the Russian capital, is leased by the U.S. embassy for its staff to use for recreation.

Moscow has said it is taking it back as part of retaliatory measures after Washington approved a fresh round of sanctions against Russia.

A Reuters TV cameraman outside the country residence, known in Russian as a dacha, saw five vehicles with diplomatic license plates, including a truck, arrive at the site. He said they were denied entry.

An embassy spokeswoman said: “In line with the Russian government notification, the U.S. Mission to Russia was supposed to have access to our dacha until noon on Aug. 1.

“We have not had access all day today or yesterday,” she said. “We refer you to the Russian government to explain why not.”

Man arrested for suspected involvement in death of younger sister in Clementi West
Olympics: Athletics chief Coe says Tokyo Games can be ‘beacon of hope’
Commentary: COVID-19 unlikely to become a thing of the past anytime soon
Russia slams US proposal for ‘summit for democracy’
US, Japan, South Korea pledge cooperation on North Korea