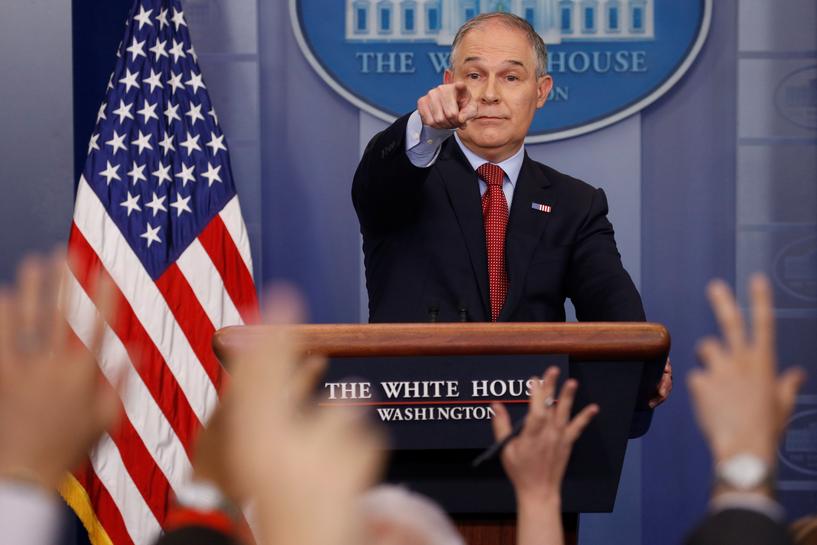 WASHINGTON The head of the U.S. Environmental Protection Agency, Scott Pruitt, said on Friday he believes human activity plays a role in global warming, but measuring that contribution with precision is difficult.

Speaking to reporters at the White House a day after President Donald Trump said he would withdraw the United States from the Paris climate accord, Pruitt declined to directly answer questions about whether the president still believed global warming was a hoax, as he had said during the 2016 presidential campaign

Pruitt said he had indicated that global warming is occurring, and that “human activity contributes to it in some manner. Measuring with precision, from my perspective, the degree of human contribution is very challenging.”