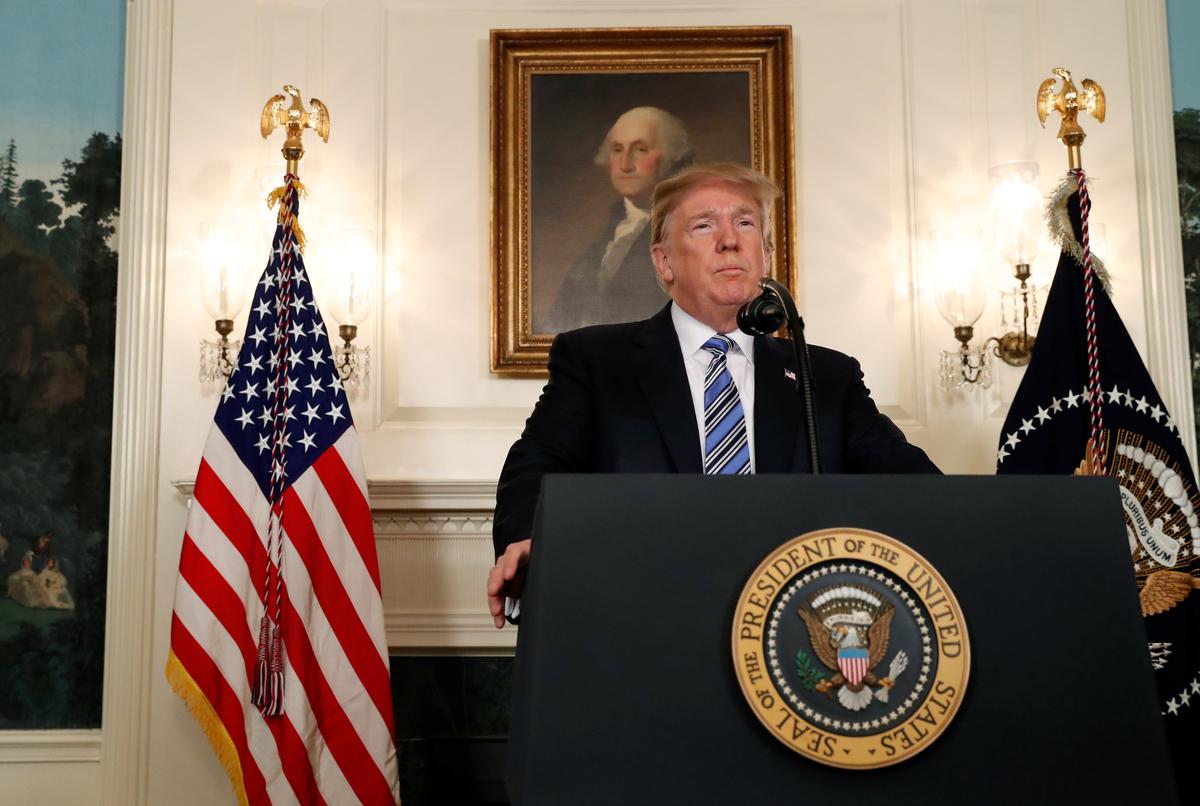 WASHINGTON (Reuters) – The Environmental Protection Agency levied around half the average number of penalties against polluters in the first year of the Trump administration as in the same period of the past three presidential administrations, according to a report released Thursday.

The decline was due to staff and budget cuts by U.S. President Donald Trump and EPA chief Scott Pruitt to downsize the agency, the report by the Environmental Integrity Project (EIP) said.

An EPA spokeswoman said there had been a decline in polluter penalties since the presidency of George W. Bush and the agency’s enforcement work was reliant on efforts by previous administrations.

The watchdog group found the EPA lodged consent decrees for 48 civil cases against polluters totaling $30 million between Jan. 20, 2017 and Jan. 20, 2018 – 44 percent fewer cases and 49 percent fewer penalties than during the first years of the last three administrations.

During his first year in office Trump tried to shrink the size of government and cut regulations, especially on the oil and coal industries. His efforts were backed by Pruitt, who doubts humans drive climate change and favors looser control of the energy sector.

The EPA last week said its focus was on expediting cleanups and making facilities compliant with the law while respecting states’ “primary” roles in environmental enforcement.

“EPA works with state partners on enforcement oversight; and, results of the Agency’s enforcement work are reliant upon work that takes place over multiple years,” EPA spokesperson Liz Bowman said on Thursday.

The EIP report found that in the first year of President Bill Clinton’s tenure, the agency filed 73 decrees and collected $55 million. The EPA under Bush lodged 112 consent decrees totaling $50 million in penalties while during Barack Obama’s first year, $71 million was collected from 71 civil cases.

In addition to penalties, the report found the Trump administration lagged behind in actions to enforce cleanup projects.

In an interview last year with Reuters, Pruitt said such settlements were not a form of enforcement, but a way third parties involved in settlements were able to force new “regulation through litigation.”