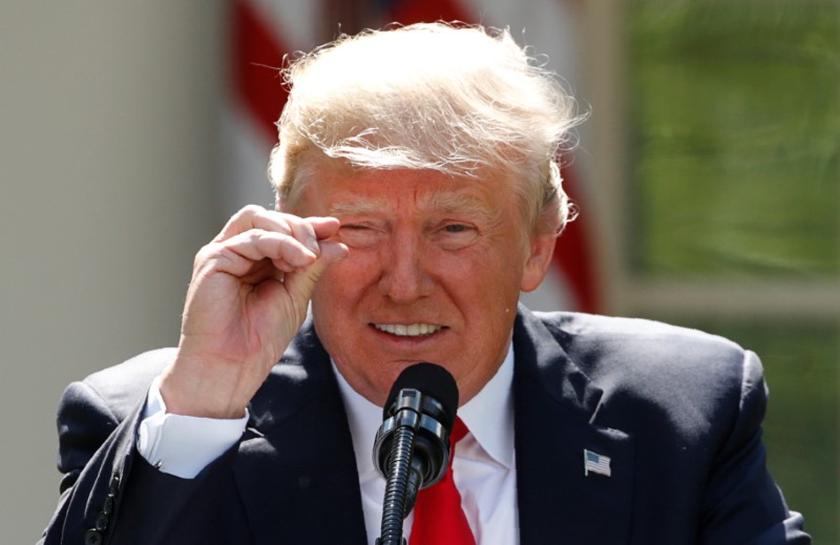 CHICAGO Evangelical Christian environmental groups on Friday panned President Donald Trump’s decision to withdraw the United States from a global climate change pact, with leaders saying the political left does not have a monopoly on this issue.

Trump’s decision, announced on Thursday, “was an affront to our faith in Christ, who calls us to love and be concerned for our neighbors around the world who are impacted by climate change,” said Kyle Meyaard-Schaap, the national organizer and spokesman for Young Evangelicals for Climate Action.

Trump said participation in the pact would undermine the U.S. economy, wipe out American jobs, weaken national sovereignty and put America at a disadvantage to other countries. But the evangelical environmentalists said the decision was out of line with Biblical priorities because it would degrade the environment and hurt the poor.

White evangelicals overwhelmingly supported Trump, the Republican candidate in November’s U.S. Presidential election. In November, 81 percent of voters who identified as white born-again or evangelical Christians voted for Trump, according to the Pew Research Center.

However, the Paris agreement was welcomed by numerous evangelical Christian groups, including the World Evangelical Alliance and the Lausanne Movement.

“For some reason or another, this issue of climate change has emerged as a paramount issue for the left in this country and around the world,” Pence said on ‘Fox and Friends.’

Brian Webb, director of Climate Caretakers, a group that advocates for prayer as part of its approach to combating the effects of climate change, said Pence’s claim was wrong. While Webb considers himself a conservative on many issues, he said he is not a Trump supporter.

“A friend of mine likes to say that a thermometer is neither a Republican nor a Democrat,” said Webb, who traveled to Paris for the signing of the accord in 2015 to raise awareness among the public that many evangelical Christians are concerned about climate change.

“We feel the betrayal much more significantly because we realize that much of his support comes from within our own faith backgrounds,” Webb said of Trump.

The Paris accord, signed by nearly 200 countries in 2015, was meant to limit global warming to 2 degrees or less by 2100, mainly through country pledges to cut carbon dioxide and other emissions from the burning of fossil fuels.

Under the pact, the United States had committed to reduce its emissions by 26 percent to 28 percent from 2005 levels by 2025. This country is the world’s second biggest carbon emitter behind China.

The evangelical environmental groups insisted that U.S. withdrawal from the pact runs counter to messages in the Bible.

“We, as Christians, are called to care for those who have the least,” said Reverend Mitch Hescox of the Evangelical Environmental Network.

Trump’s decision showed that the administration cares about “our economy and jobs only,” Hescox added.