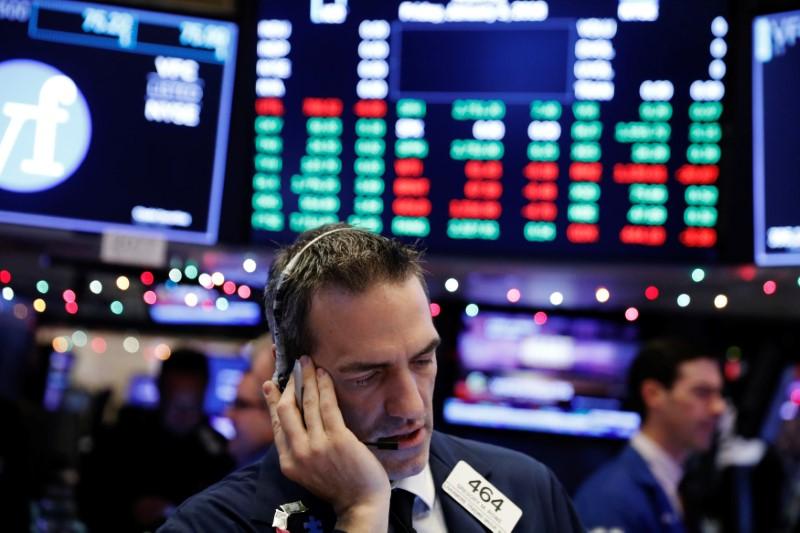 NEW YORK (Reuters) – Value stocks are getting a once-over from some U.S. growth fund managers in early 2018 as they prowl for overlooked shares they think have more upside in a market that gained nearly 20 percent last year.

Value stocks, so labeled because they typically sport lower price-to-earnings valuations, tend to be in more staid or out-of-favor industries and often lag during outsized stock rallies, which is exactly what happened in 2017.

The S&P 500 Value index .IVX – a measure of companies such as Berkshire Hathaway Inc (BRKa.N) and JP Morgan Chase & Co (JPM.N) – gained just 12.6 percent last year. That is a tortoise’s pace measured against the far more hare-like S&P 500 Growth index .IGX, which doubled that performance. It clocked a 25.4-percent rise courtesy of its heavy contingent of tech giants like Apple Inc (AAPL.O) and Microsoft Corp (MSFT.O).

As a result, even some growth funds are moving out of high-flying technology stocks and increasing their positions in stocks they see as more reasonably valued at a time when the American Association of Individual Investors survey shows the greatest exuberance for stocks since November 2014.

“There is some risk to the technology sector after the big run we’ve had. Where we see opportunities now are sectors that have attractive valuations and higher visibility into their revenue streams,” said Matthew Litfin, a co-portfolio manager of the $4.7-billion Columbia Acorn fund (ACRNX.O).

Litfin is now underweight technology and has been adding to its holdings of financial stocks, such as asset management Lazard Ltd (LAZ.N), which trades at a trailing price to earnings ratio of 15.1 versus 23.7 for the S&P 500 .SPX as a whole. Lazard shares are up 5.8 percent so far in 2018.

Thyra Zerhusen, a co-portfolio manager of the $4.2 billion Fairepoint Capital Mid Cap fund (CHTTX.O), said she has been moving into the likes of toymaker Mattel Inc (MAT.O) and General Electric Co (GE.N), whose corporate upheavals overshadow the value of their underlying assets.

GE, for instance, trades at a trailing P/E of 21.2, and its shares are down 41.7 percent over the last year as new chief executive John Flannery has announced plans to shrink the company and exit some of its sprawling business lines. Shares of Mattel, meanwhile, slid 46 percent over the last 12 months as it suspended its dividend and cited the bankruptcy of Toys “R” Us, the biggest U.S. toy retailer, as a factor in its weak sales.

“Last year was not a good environment for value, but now is a time when you can find investments that will go up substantially over the next two years,” she said.

A good year for growth stocks does not necessarily mean that value stocks will bounce back the following year, of course.

In the 20 previous occasions that the S&P 500 jumped by more than 18 percent in one year since 1951, the index rose by an additional 10 percent or more the following year 10 times, according to Credit Suisse, with growth stocks leading the way. The other 10 times the S&P on average declined 1.7 percent the next year.

Yet Matthew Watson, a portfolio manager at James Advantage funds, said that his firm has been bracing for a significant correction in the so-called FAANG group of large tech stocks, such as Amazon.com Inc (AMZN.O) and Google-parent Alphabet Inc (GOOGL.O) that jumped by 30 percent or more in 2017 and pulled the broad index higher.

Instead, the firm has been adding to positions in out-of-favor energy stocks such as Diamond Offshore Drilling Inc (DO.N) and retailers such as Macy’s Inc (M.N) that have under-appreciated assets, he said.

“There may be positive momentum in the stock market right now, but that is only going to make it more expensive,” Watson said. “We think that the only choice you have now to find opportunities that will pay off in the long-run is to look for value.”