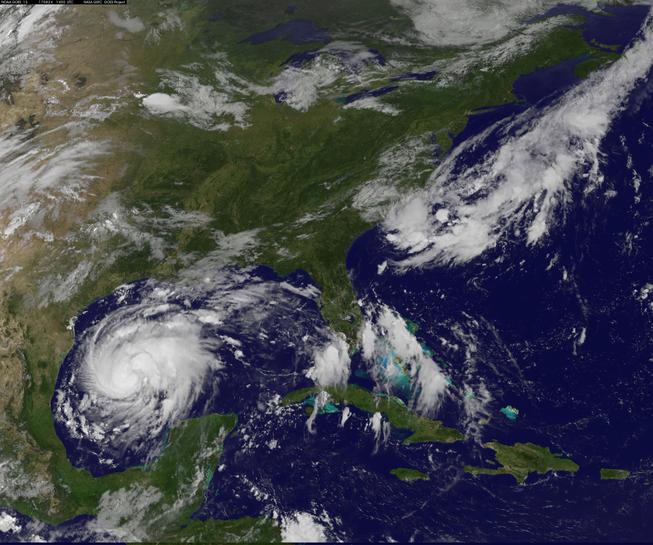 SAN ANTONIO (Reuters) – U.S. gasoline prices surged to a three-week high on Thursday as Hurricane Harvey moved across the Gulf of Mexico and threatened to slam oil refineries in Texas when it comes ashore this weekend.

The U.S. National Hurricane Center (NHC) upgraded Harvey to a hurricane from a tropical storm on Thursday afternoon, and said it would strengthen into a Category 3 hurricane before hitting the Texas coast late on Friday or early on Saturday.

The storm is now expected hit the central Texas coast with a combination of winds of 115 miles (185 km) per hour and heavy rains, said John Tharp, a forecaster with Weather Decision Technologies in Norman, Oklahoma.

“With this system’s intensity and slow motion, it is the worst of both worlds,” he said referring to the expected winds and rains. “There will be major impacts along the coast and inland with periods of prolonged rain.”

Harvey will cause a storm surge that will flood parts of the Texas coast as it makes landfall and linger for days over the state, dumping up to 30 inches (76.2 cm) of rain on some areas, the NHC said in an advisory on Thursday.

The mayor of Texas coastal city Corpus Christi warned on Wednesday that flooding was his biggest concern.

“I hope people will listen to forecasters when they say ‘beware of flash floods,'” Joe McComb said. “Flash floods can come quickly, and they can be deadly.”

The city, a major oil refining center, has not issued any evacuation orders, he told reporters at a news conference, but its emergency operations center has been activated.

Two oil refineries Corpus Christi were shutting down ahead of the storm, and concern that Harvey could cause shortages in fuel supply drove benchmark gasoline prices RBc1 to a three-week high.

Prices for gasoline in spot physical markets on the Gulf Coast rose even more, hitting a one-year high.

Profit margins for refineries producing gasoline rose by over 12 percent on Thursday, putting margins on course for their biggest daily percentage gain in six months, according to Reuters data.

The two refineries that have shut have combined capacity to refine more than 450,000 barrels per day of crude.

The NHC expects the storm to come ashore along the central Texas coast, an area that includes Corpus Christi and Houston, home to some of the biggest refineries in the country.

More than 45 percent of the country’s refining capacity is along the U.S. Gulf Coast, and nearly a fifth of the nation’s crude oil is produced offshore in the region.

The storm could also bring flooding to inland shale oil fields in Texas that pump millions of barrels per day of crude.

Texas Governor Greg Abbott declared a state of disaster on Wednesday for 30 counties, authorizing the use of state resources to prepare for the storm.

Coastal cities and counties distributed sandbags to residents as some businesses boarded up windows, and residents flocked to grocery stores to stock up on supplies, local media reported.

Texas A&M University-Corpus Christi issued a mandatory evacuation to all students who live on campus and canceled events.