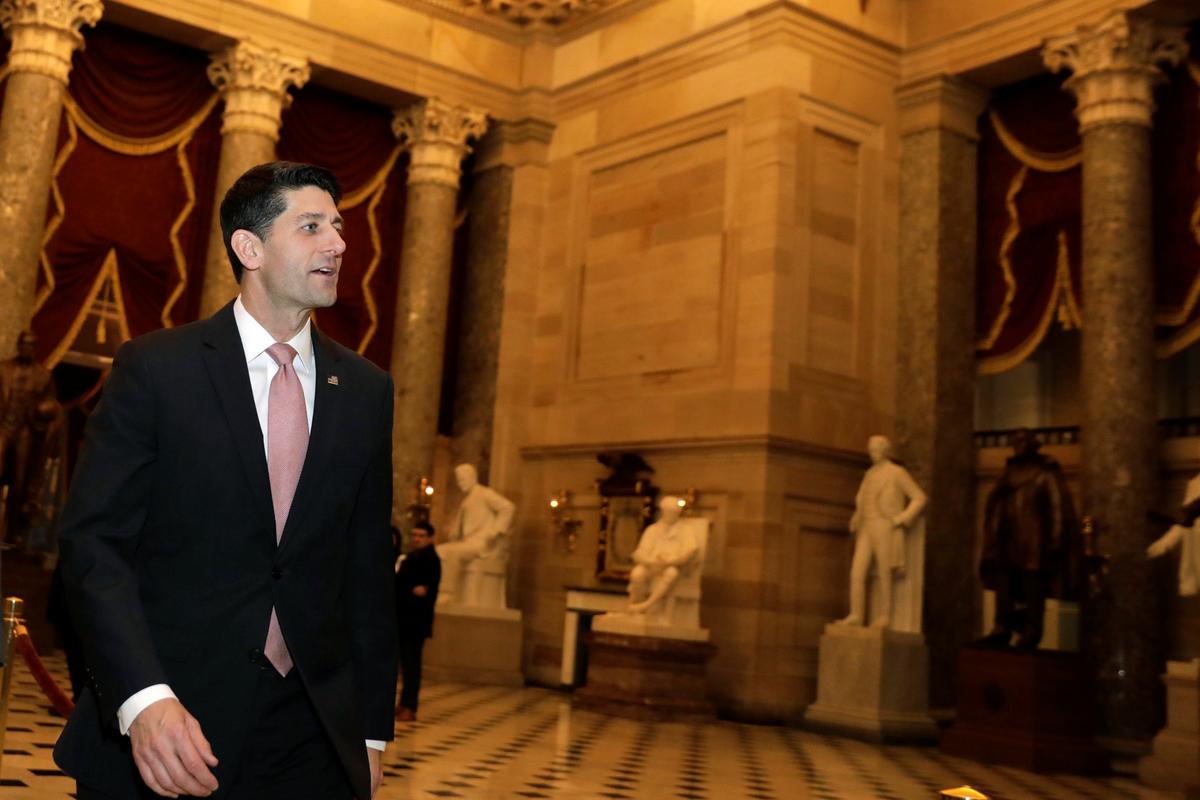 (Note language that may offend some readers, paragraph 8)

WASHINGTON (Reuters) – Partisan finger-pointing over immigration policy on Tuesday left the U.S. Congress and the White House stumbling closer to a possible federal government shutdown by the end of the week, although Wall Street held out hopes for a deal to prevent that.

Passage of another temporary funding bill by the Republican-led Congress before Friday’s deadline seemed the likeliest outcome, said policy analysts, while acknowledging that the negotiating climate among Republicans and Democrats has become increasingly poisonous. Government funding for the current fiscal year runs out at midnight on Friday.

As Republican President Donald Trump and Democratic Senator Dick Durbin traded accusations over a sudden halt in talks toward a deal to save so-called Dreamer immigrants — those brought into the country illegally as children — from deportation, the risks of a shutdown were seen as higher, if not overwhelming.

“We expect the emergence of another short-term extension” of federal funding authority to prevent a partial government shutdown and keep the government open into February, said analyst Ed Mills at financial firm Raymond James.

Mills cautioned, “This is likely to be a week of brinkmanship and the potential of a government shutdown is elevated. Should a shutdown occur, we do not expect much of a market reaction.”

If a temporary “continuing resolution” to keep the government operating results, it would be the fourth such measure since the 2018 federal fiscal year began on Oct. 1, a sign of Washington’s serious struggles to pass spending legislation.

The slim Republican margin of control in the Senate means Trump’s party will need some Democratic support to resolve the government funding stand-off. Democrats have said they want a shutdown-preventing spending bill that protects the Dreamer immigrants, mostly Hispanic young adults.

Trump last week rejected a bipartisan agreement reached by a group of senators on the matter. Divisions between Republicans and Democrats deepened amid an uproar over Trump’s reported use of the word “shithole” when speaking about African countries last week. Trump has denied using that language.

Backers of the bipartisan Senate immigration deal were not abandoning it, despite Trump’s rejection. Durbin intends to introduce it as legislation on Wednesday, spokesman Ben Marter said. But it was not yet clear whether Senate Majority Leader Mitch McConnell would schedule it for a floor debate and vote.

Trump said he was willing to make a deal to help the Dreamers, but he insisted that funding for border security, including his long-promised wall along the U.S. border with Mexico, be included in any legislative package.

“The Democrats want to shut down the Government over Amnesty for all and Border Security. The biggest loser will be our rapidly rebuilding Military, at a time we need it more than ever,” Trump said in a Twitter post.

The president, in comments to reporters on Tuesday, indicated he wants immigrants from nations around the world, saying, “I want them to come in from everywhere.”

Democrats have done all they can to avert a shutdown and the ball is in the Republicans’ court, said Durbin, who backed a Dreamer deal.

”It is preventable,“ Durbin, the No. 2 Senate Democrat, told reporters of a shutdown. ”The Republican majority is in control of the House and the Senate. They have the White House. We are prepared to work with them, and we have put down a list of things that should be included and they’ve had it for weeks.

“So from my point of view, they should move forward. Let’s stop postponing this a week or two at a time.”

Speaking of a government shutdown, Republican Senator Lindsey Graham told reporters, “We should all be kicked out if that happens.”

Trump in September said he was terminating effective in March former President Barack Obama’s Deferred Action for Childhood Arrivals (DACA) program, which shields about 700,000 Dreamer immigrants from deportation and gives them work permits. Trump challenged Congress to come up with legislation relating to the Dreamers.

Talks also continued on related issues, including how to fund a children’s healthcare program and to establish higher spending caps for the U.S. military and other domestic programs.