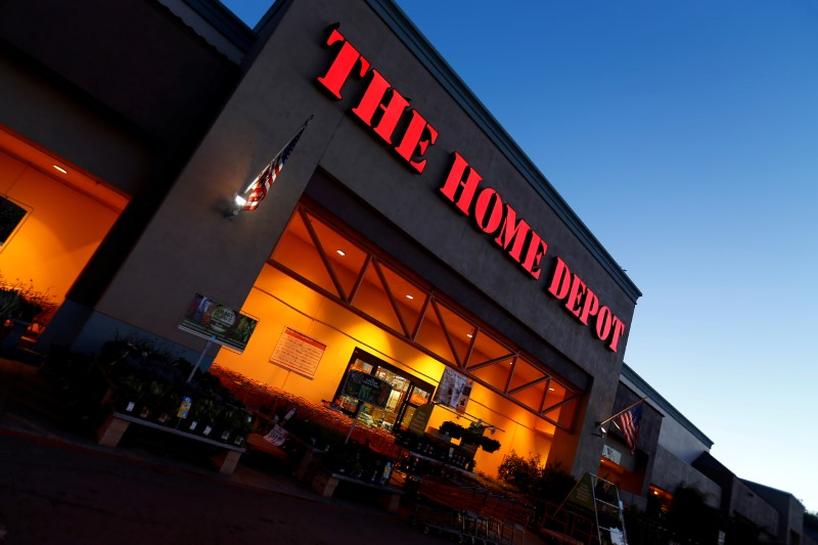 NEW YORK (Reuters) – Shares of U.S. home improvement retailers and oil refiners climbed on Monday as flooding from Tropical Storm Harvey in Houston, Texas, was likely to worsen in the fourth-largest U.S. city.

Harvey, which made landfall late on Friday as the most powerful hurricane to hit Texas in more than 50 years, has killed at least two people. It has since hovered around Texas’ Gulf Coast, where it is forecast to remain for several more days.

On Wall Street, shares of companies likely to benefit from rebuilding efforts in the region advanced.

“Home Depot will most certainly see a financial benefit from Hurricane Harvey, just as it did from Hurricane Sandy back in 2013,” said Neil Saunders, managing director of GlobalData Retail.

“The impact of Harvey should, however, be even greater both because of the scale of the storm and because since 2013, Home Depot has widened its appeal to the professional segment of the market.”

U.S. gasoline prices hit two-year highs as massive flooding triggered by the storm forced refineries in the area to close. That sent oil refiners’ stocks higher, with Phillips 66 (PSX.N) up 0.2 percent to $83.62 and Valero Energy (VLO.N) 1.2 percent higher at $68.47.

U.S. crude futures fell as refinery shutdowns could reduce demand for American crude, while gasoline prices were expected to rise and help mitigate any repair costs.

“Refining is where it is at, because that is where you have pricing power. This just underscores the significance of that pricing power,” said Peter Kenny, senior market strategist at Global Markets Advisory Group, in New York.

“It is unfortunate and very unwelcome but an event like this just really drives that home.”

Other companies expected to be affected include those in the insurance sector, auto manufacturers and food retailers.

In a note to clients, Morgan Stanley analysts reminded investors that property catastrophe insurer stocks tend to underperform immediately after an event, only to outperform the overall market 3 to 6 months later as loss estimates sharpen and rates stabilize.

The S&P 500 property and casualty insurance index .SPLRCINPC stumbled 1.8 percent, on track for its worst day since Oct. 20.

Wall Street was little changed on the session, with the Dow Industrials and S&P 500 showing slight losses, while the Nasdaq posted modest gains.

Tobias Levkovich, chief U.S. equity strategist at Citigroup, said in a research note that “these tragedies are generally viewed by the Street as nonrecurring events with no significant equity market effects,” as the natural disasters have less of a national impact on the economy, with any lost production made up for by repair work in coming quarters.

Ford Motor (F.N) shares slipped 0.37 percent to $10.78 and General Motors (GM.N) shed 0.29 percent to $35.495. Analysts said that while the storm could affect the companies’ operations and dealers in the short term, damage from flooding could result in a large number of light trucks being replaced.

Trucking and logistics stocks climbed, with Swift Transportation SWFT.O up 3.0 percent and YRC Worldwide (YRCW.O) up 5.6 percent. Aegis Capital Corp analyst Jeffrey Kauffman said in a note the impacts from Harvey could be a net positive for trucking firms as emergency shipments and re-routed products will likely require trucks in the short term.

Food retailers with a footprint in Texas also lost ground. In a note to clients, RBC analyst William Kirk estimated Sprouts Farmers Market (SFM.O), down 9.66 percent, has the largest percentage of its store base in the state. It was followed by Natural Grocers (NGVC.N), off 2.42 percent and Kroger <KR.N, down 0.28 percent.

Private forecaster Planalytics estimated the initial impact from Harvey, in terms of lost sales for the retail and consumer sector, to be $1 billion. Planalytics expects restaurants to take the biggest hit, followed by malls and apparel stores as these businesses do not make up for lost customer traffic.