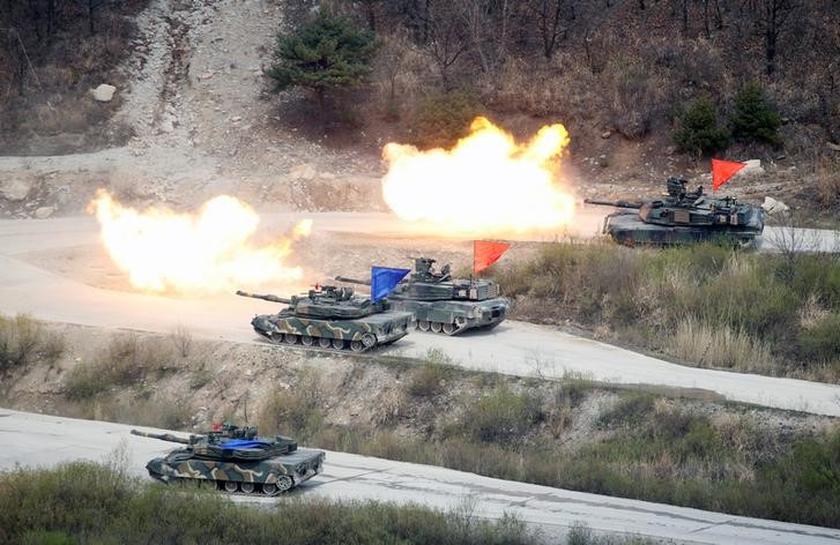 WASHINGTON (Reuters) – The United States and Japan will increase their defense cooperation to deal with the threat from nuclear-armed North Korea, officials from the two allies said on Thursday.

“In light of the serious situation we face, we are accelerating implementation of the 2015 guideline for the U.S.-Japan defense cooperation, and continuing to realign U.S. forces in Japan and Guam,” U.S. Defense Secretary Jim Mattis told a news conference.

Tensions in East Asia have risen in recent weeks. North Korea has said it was considering plans to fire missiles toward the U.S. Pacific territory of Guam, although North Korean media this week said leader Kim Jong Un had delayed the decision while waiting for the next U.S. move.

Mattis, U.S. Secretary of State Rex Tillerson and their Japanese counterparts discussed North Korea at a meeting in Washington on Thursday.

Japan intends to expand its role in its alliance with Washington “and augment its defense capabilities” while the United States “remains committed to deploying its most advanced capabilities to Japan,” the State Department said in a statement.

The United States and South Korea will go ahead with joint military drills next week, the top U.S. military official said on Thursday, resisting pressure from North Korea and its ally China to halt the contentious exercises.

Military drills involving tens of thousands of U.S. and South Korean troops are due to begin on Monday. North Korea views such exercises as preparations to invade it.

The exercises have taken on greater significance this year due to the rise in tensions around North Korea’s rapid progress in developing nuclear weapons and missiles capable of reaching the U.S. mainland.

U.S. President Donald Trump warned North Korea last week it would face “fire and fury” if it threatened the United States, prompting North Korea to say it was considering plans to fire missiles at the U.S. Pacific territory of Guam.