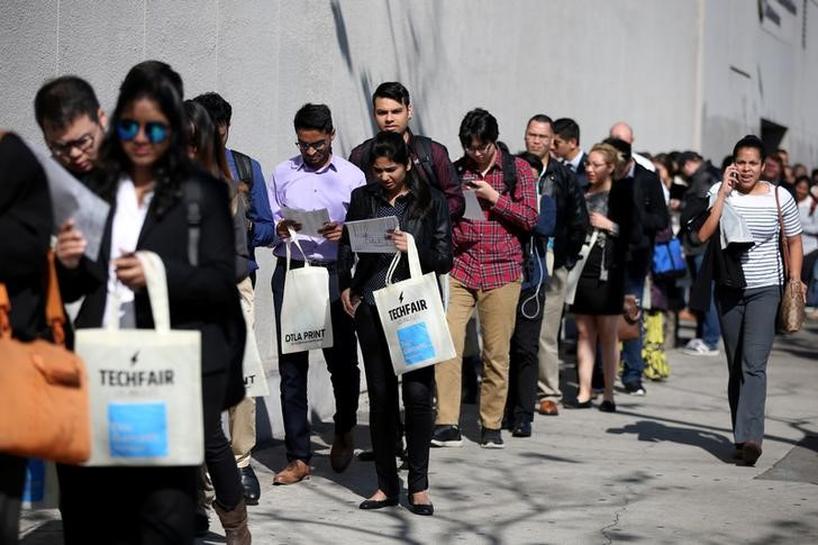 WASHINGTON U.S. job growth slowed in May and employment gains in the prior two months were not as strong as previously reported, suggesting the labor market was losing momentum despite the unemployment rate falling to a 16-year low of 4.3 percent.

Last month’s job gains could still be sufficient for the Federal Reserve to raise interest rates at its June 13-14 policy meeting. The economy needs to create 75,000 to 100,000 jobs per month to keep up with growth in the working-age population.

“While the message was a little muddied today, the evidence generally suggests the labor market is cyclically tightening, and the Fed will need to continue to lean against that,” said Michael Feroli, an economist at JPMorgan in New York.

“We still believe it is very likely that the Fed will hike later this month. Perhaps more in question is the signal coming out of that meeting regarding subsequent hikes.”

Details of the employment report were weak. Though the unemployment rate fell one-tenth of a percentage point to its lowest level since May 2001, that was because 429,000 people dropped out of the labor force.

The survey of households from which the unemployment rate is derived also showed a drop in employment. The jobless rate has declined five-tenths of a percentage point this year.

Average hourly earnings rose 4 cents or 0.2 percent in May after a similar gain in April, leaving the year-on-year increase in wages at 2.5 percent.

Job growth has decelerated from the 181,000 monthly average over the past 12 months as the labor market nears full employment. There is growing anecdotal evidence of companies struggling to find qualified workers.

Economists also believe that companies might be holding off hiring amid worries political scandals engulfing President Donald Trump could imperil his economic agenda, including tax cuts and infrastructure spending.

“Political uncertainty in Washington is another factor holding back the job market,” said Sung Won Sohn, an economics professor at California State University Channel Islands in Camarillo. “The probability that any of the Trump stimulus would become reality has decreased significantly in recent weeks.”

The Fed raised interest rates in March. A Reuters survey of banks that do business directly with the Fed, conducted after the employment report, showed all 18 primary dealers polled expected the U.S. central bank to raise rates this month.

The dollar hit a seven-month low against a basket of currencies on the diminishing rate hike prospects in the second half of the year. Long-dated U.S. Treasury yields fell to nearly seven-month lows, and short-dated yields touched their lowest in more than two weeks. U.S. stocks closed at new highs.[MKTS/GLOB]

The modest payrolls gain could temper expectations of a sharp acceleration in economic growth in the second quarter after gross domestic product increased at a tepid 1.2 percent annualized rate at the start of the year.

While consumer spending picked up in April, a second report on Friday showed the trade deficit widening 5.2 percent to $47.6 billion. The Atlanta Fed is forecasting GDP increasing at a 3.4 percent pace in the second quarter.

There was some good news in the employment report. A broad measure of unemployment, which includes people who want to work but have given up searching and those working part-time because they cannot find full-time employment, fell two-tenths of a percentage point to 8.4 percent, the lowest since November 2007.

As a result, the spread between the jobless rate and this broad unemployment gauge, considered a better measure of labor market slack, was the smallest since early 2008.

But the labor force participation rate, or the share of working-age Americans who are employed or at least looking for a job, fell two-tenths of a percentage point to 62.7 percent. The volatile 16-24 age group accounted for much of the drop in the participation rate last month, suggesting a rebound is likely.

Government employment decreased 9,000 last month, with state and local governments accounting for all the decrease.