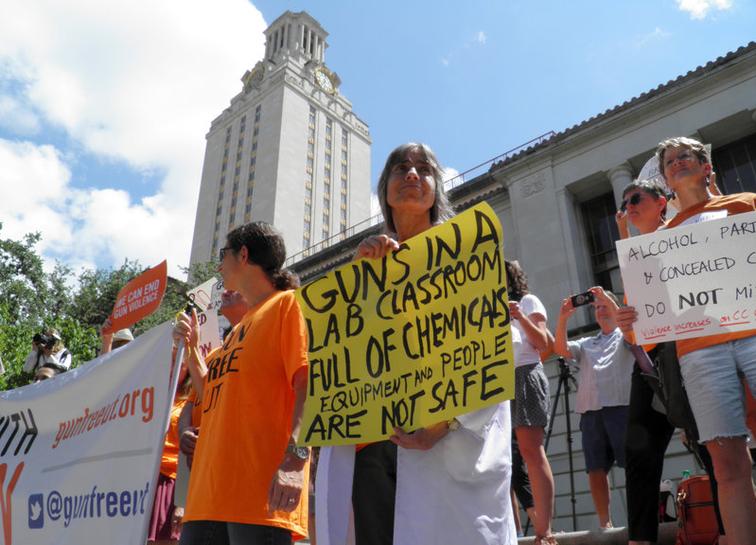 AUSTIN, Texas A U.S. judge rejected efforts by three University of Texas professors to ban students from bringing guns to their classrooms after the state granted them that right last year, court documents showed on Friday.

Professors Jennifer Glass, Lisa Moore and Mia Carter had argued in a federal district court in Austin that academic freedom and classroom debate could be chilled under the so-called “campus carry” law backed by the state’s Republican political leaders.

The law allows concealed handgun license holders aged 21 and older to bring handguns into classrooms and other university facilities, including the University of Texas system, one of the nation’s largest with more than 221,000 students.

Paxton, who backed the law, praised the decision.

“The fact that a small group of professors dislike a law and speculate about a ‘chilling effect’ is hardly a valid basis to set the law aside,” he said in a statement.

University of Texas professors had lobbied unsuccessfully to prevent the law, arguing the combination of youth, firearms and college life could make for a deadly situation. Fenves reluctantly allowed campus carry, saying last year he was compelled to do so under state law.

A lawyer for the professors said the ruling was narrow and did not address the plaintiffs’ constitutional concerns.

“The order accompanying the dismissal doesn’t reach the merits of either the professors’ substantive First Amendment claims or any aspect of their Second Amendment and Equal Protection claims,” attorney Renea Hicks said in an email.

As of the start of May, 10 states had provisions allowing the carrying of concealed weapons on public college campuses, according to the National Conference of State Legislatures, which tracks state laws.