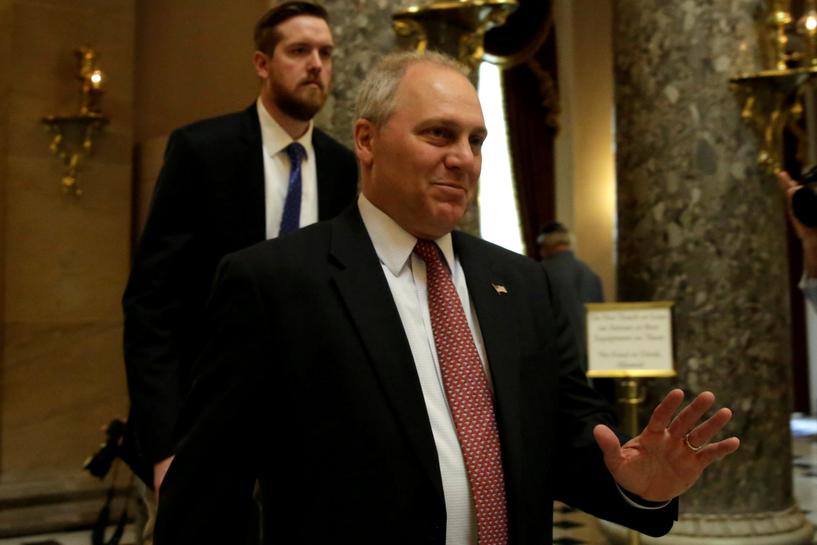 WASHINGTON (Reuters) – U.S. Congressman Steve Scalise, the No. 3 Republican leader in the House of Representatives who was shot and wounded last month, has been discharged from a hospital, the medical center said on Wednesday.

The Louisiana lawmaker has made “excellent progress” in his recovery and is beginning a period of intensive rehabilitation after being released from MedStar Washington Hospital Center on Tuesday, MedStar said in a statement.

“He is in good spirits and is looking forward to his return to work once he completes rehabilitation,” the statement said. It did not say how long Scalise was expected to be in rehabilitation before returning to work.

Scalise was among Republican lawmakers attacked June 14 in the Washington suburb of Alexandria, Virginia, by a gunman who opened fire on them while they were practicing for a charity baseball game against Democrats.

Scalise, 51, was shot in the hip. He underwent surgery this month to treat an infection related to his wound.

The gunman, James Hodgkinson, 66, had a history of posting angry messages against Republican President Donald Trump. He died after being wounded during a shootout with police at the ballpark.