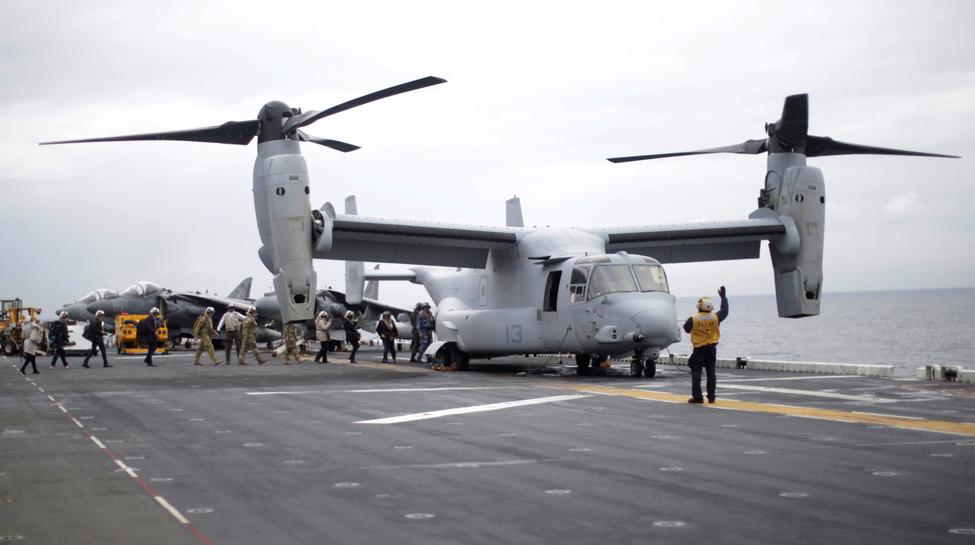 SINGAPORE (Reuters) – The U.S. Marine Corps said on Saturday an active search and rescue operation was underway for servicemembers involved in an aviation “mishap” off the east coast of Australia.

The incident involved an MV-22 Osprey tilt-rotor aircraft, the III Marine Expeditionary Force based in Okinawa, Japan, said on its Twitter account.

“Ship’s small boats and aircraft from the 31st Marine Expeditionary Unit and Bonhomme Richard Expeditionary Strike Group are conducting the search and rescue operations,” the tweet said. “We will provide more details as they become available.”

Australia’s defence minister said in a statement that no Australian Defence Force personnel were on board. The incident occurred off the coast of Shoalwater Bay, in the state of Queensland, the statement said.

The minister, Marise Payne, said she had briefed the U.S. defense secretary and the Australian prime minister.

More than 33,000 U.S. and Australian military personnel, including the Bonhomme Richard Expeditionary Strike Force, participated in the recent Talisman Saber joint military exercise in Australia which ended on July 25, according to a statement from the U.S. Army Public Affairs Office.

Australia is a military ally of the United States.