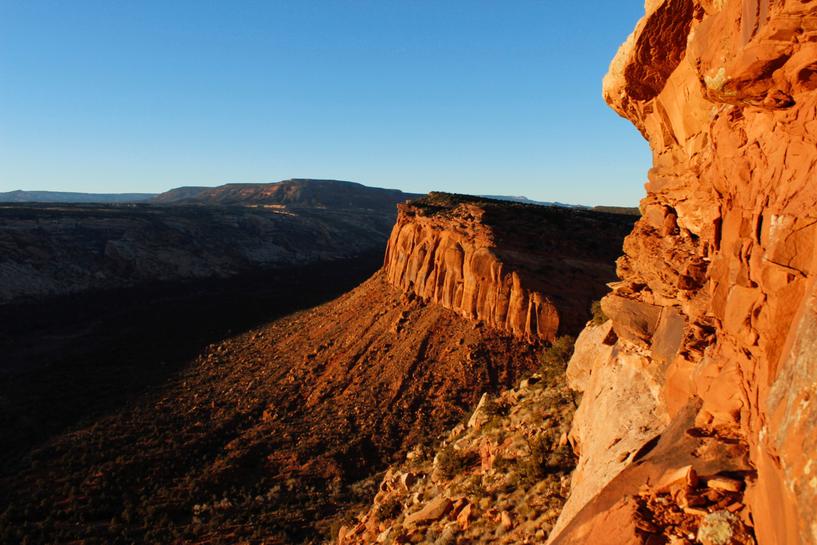 Zinke is expected to recommend that at least some of the national monuments under review – which were all created since 1996 – be rescinded or shrunk in size, responding to an order by President Donald Trump, who believes there should be greater opportunity to increase local resource development and economic opportunities.

Any recommendation of reductions could herald a move into unchartered territory.

Under the Antiquities Act, a president can declare certain areas of historic or scientific interest a national monument. However, no president has ever revoked a previous designation.

Previous presidents, including Woodrow Wilson and William Howard Taft did reduce the size of some existing monuments.

But this time, environmental groups are prepared to challenge any changes in court – something that has not happened before.

Trump has argued that previous administrations “abused” their right to designate federally protected monuments under the 1906 Antiquities Act and put millions of acres of land – mainly in western states – off limits to drilling, mining, logging and other activity without adequate input from locals.

Under the Antiquities Act, a president can declare certain areas of historic or scientific interest a national monument.

“WILLING TO GO INTO BATTLE”

Conservation groups, state attorneys general and Native American tribes, including the five tribes which lobbied to create one of the sites under review – Bears Ears National Monument in Utah – have already said they plan to challenge any changes in court.

“We told Zinke that all the tribes are willing to go into battle in terms of litigation and we are here to fight for our monument,” said Davis Filfred, a council delegate for the Navajo Nation council.

U.S. Interior Secretary Ryan Zinke waits to take the stage with President Donald Trump for his on infrastructure improvements, at the Department of Transportation in Washington, U.S. June 9, 2017.Jonathan Ernst

While Zinke has said so far that six monuments of the 27 on the review list should be left intact, he is expected to recommend downsizing some through presidential decree or Congressional action, which could change how future presidents use the 1906 law.

Zinke has already said he intends to scale down Bears Ears, which covers 1.35 million acres and was created last December by former President Barack Obama, who said it would protect the cultural legacy of Native American tribes and preserve “scenic and historic landscapes.”

Zinke said he believes previous presidents took too many liberties with the Antiquities act.

“Clearly the Antiquities Act was designed to protect the smallest area compatible with protection of the object,” Zinke told Reuters in June in Boston, where he met with stakeholders to discuss the Atlantic coast Northeast Canyons and Seamounts Marine monument.

Zinke said that “Congress needs to step to the plate, too,” to take up legislation that could change some monument sizes and create other designations like national recreation and conservation areas.

Molly Block, a spokeswoman for Utah Republican Representative Rob Bishop, chair of the House of Representatives Natural Resources Committee, said while the House may be able to pass legislation regarding monuments, enactment of a measure would be an uphill battle.

“You can get something through the House, but anything we do will face a tough time in the Senate,” she said.

Meanwhile, public support for monuments has grown in visibility.

Zinke has said Interior has received over 1.2 million public comments on the Regulations.gov website and thousands more via traditional mail. Environmental groups have said more than 2.7 million comments were submitted, mostly in favor of keeping the monuments intact.

“The debate has galvanized a lot of different interests beyond traditional environmental groups, including outdoor retailers and hunters and fishers, who are out there mobilizing during this review,” said Sharon Buccino of the Natural Resources Defense Council.

The ads will air in Zinke’s home state of Montana, as well as Utah and Nevada, where several monuments are under review.