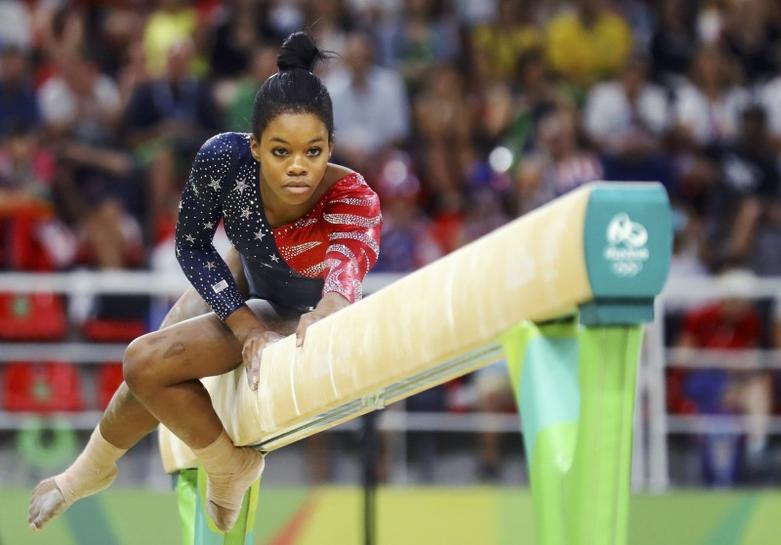 (Reuters) – Three-times Olympic gold medalist Gabby Douglas said on Tuesday she was sexually abused by former USA Gymnastics team physician Larry Nassar, the latest in a list of female athletes to accuse the doctor of misconduct.

Douglas, who last week was criticized for placing some of the onus on women to avoid sexual harassment, apologized again for her remarks while adding that she too was abused by Nassar, who is in jail awaiting sentencing after pleading guilty to federal child pornography charges.

In an Instagram post on Tuesday addressing last week’s comments that were viewed by some as victim shaming, Douglas wrote: ”It would be like saying that because of the leotards we wore, it was our fault that we were abused by Larry Nassar.

“I didn’t publicly share my experiences as well as many other things because for years we were conditioned to stay silent and honestly some things were extremely painful.”

Jeff Raymond, a publicist for Douglas, confirmed in an email that the gymnast was in fact “confirming that she too was a victim of Larry Nassar.”

Nassar’s attorney, Matt Newburg, was not immediately available for comment but has previously said that due to a gag order imposed he had no comment.

Douglas is the third member of the ‘Fierce Five’ gymnastics team who won a team gold at the 2012 London Olympics to allege abuse by Nassar, joining Aly Raisman and McKayla Maroney.

It was after Raisman’s allegations last week that Douglas wrote in a since-deleted post on Twitter that “it is our responsibility as women to dress modestly and be classy. Dressing in a provocative/sexual way entices the wrong crowd.”