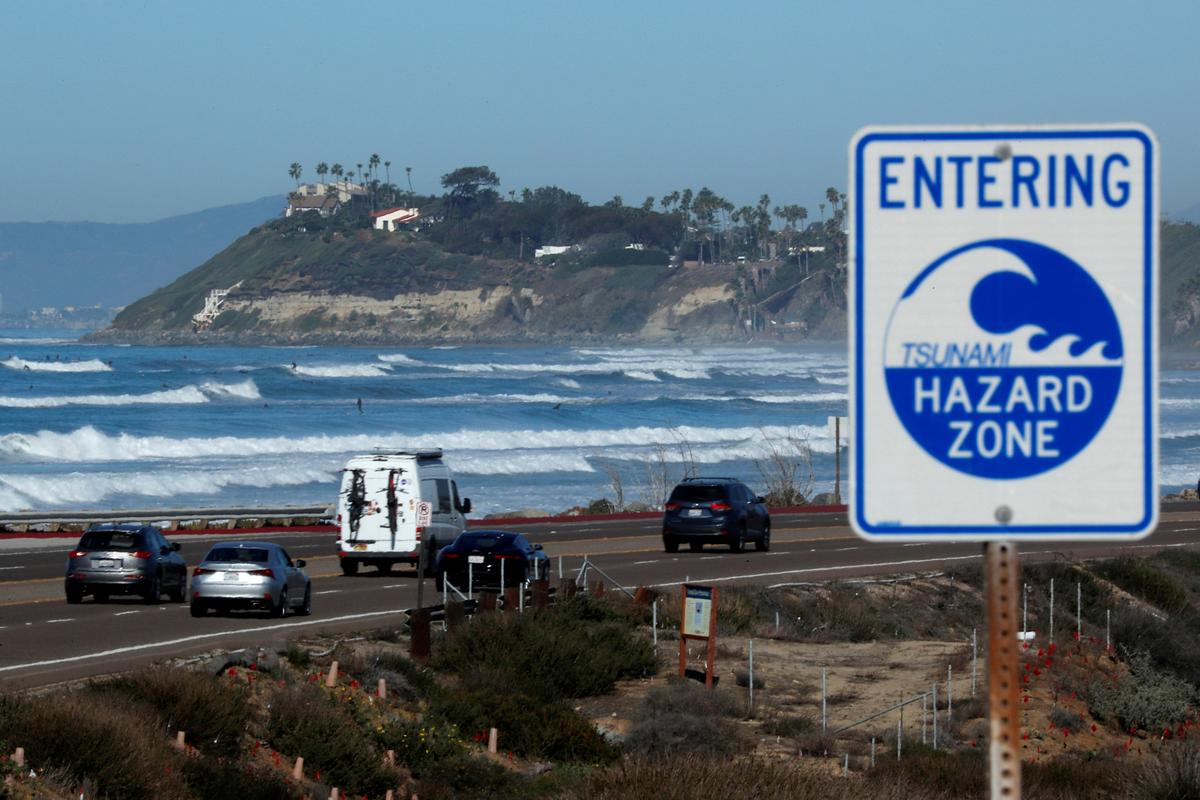 SACRAMENTO, Calif. (Reuters) – The U.S. region most vulnerable to tsunamis – the massive waves of water unleashed by undersea earthquakes – is dangerously under-prepared, experts and officials in Oregon and Washington state said after a magnitude 7.9 earthquake this week.

The quake that struck in the Gulf of Alaska late Monday, triggering a tsunami warning for Alaska and a tsunami watch for the U.S. West Coast, rekindled concerns that a seismic sea wave along the northwest coast could kill, injure or displace tens of thousands of people and cause billions of dollars in damage.

In this week’s quake, the warnings and watches were quickly lifted, and there was no damage from the slight change it caused in the ocean.

But experts worry that in some parts of the region there is too little information about where tsunamis might occur, and in others too much infrastructure built in locations known to face a threat.

Scientists in the state have pinpointed just half the locations where a destructive tsunami triggered by the Cascadia subduction zone off the northwest coast might come ashore, and about 10 percent of sites that might be hit by a wave emanating from the Seattle fault zone, Forson said.

She called the lack of information dangerous. A tsunami could send a wall of water 50 feet (15 meters) high crashing onto the coast, or a wave 16 feet (5 meters) high into Seattle, the state’s largest city, she said.

“If there’s the real thing and people don’t have evacuation routes and plans, they won’t know where to get to safety and it could be life-threatening,” she said.

“There are about 30,000 people who live in the tsunami zones,” Wilson said. “If we do everything right, they’re going to run up to the top of the hill. And then they’re all going to be permanently displaced.”

Parts of Oregon and far northern California have up to a 37 percent chance of a tsunami from a rupture of the Cascadia subduction zone in the next 50 years, said Chris Goldfinger, a tsunami and earthquake expert with the Oregon State University.

Tsunamis are generally produced when tectonic plates move against each other under the ocean in subduction zones, displacing ocean water through powerful quakes.

They have a deadly history. The 2011 quake and tsunami in Japan killed up to 18,000 people and wrecked Japan’s Fukushima nuclear plant, causing the worst meltdown since the Chernobyl disaster in the former Soviet Union. The 2004 Asian tsunami killed 226,000 people.

A big tsunami on the Oregon coast could kill up to 10,000 people, said Althea Rizzo, the state’s geologic hazards program coordinator.

In recent years, Oregon has instituted practice drills at schools and hospitals, provided evacuation materials to tourists in their hotel rooms and in some areas painted blue evacuation lines to higher ground on roads and paths, Rizzo said.

The city of Seaside, Oregon, voted in 2016 to fund a bond measure to move its schools out of the inundation zone.

There are statewide restrictions on building essential facilities like hospitals in tsunami zones. But updated maps showing where those zones are located have not been incorporated into the law, meaning the restrictions might not apply in areas that are now known to be dangerous, Wilson said.

“In the Northwest our biggest problem is not getting the word out, it’s that our built infrastructure is very vulnerable,” said Goldfinger. “Buildings within a tsunami zone are pretty much going to be destroyed.”

In Manzanita on the Oregon coast, resident Kerry Driscoll said she has an evacuation plan and the cabins at the beachside resort where she works are equipped with pamphlets telling tourists how to prepare.

But tsunamis can come with little warning, and she knows it might be hard to get out.

“If we don’t have major advance warning I don’t think there’s much that we can do,” Driscoll said. “I can’t see running from giant tidal waves.”