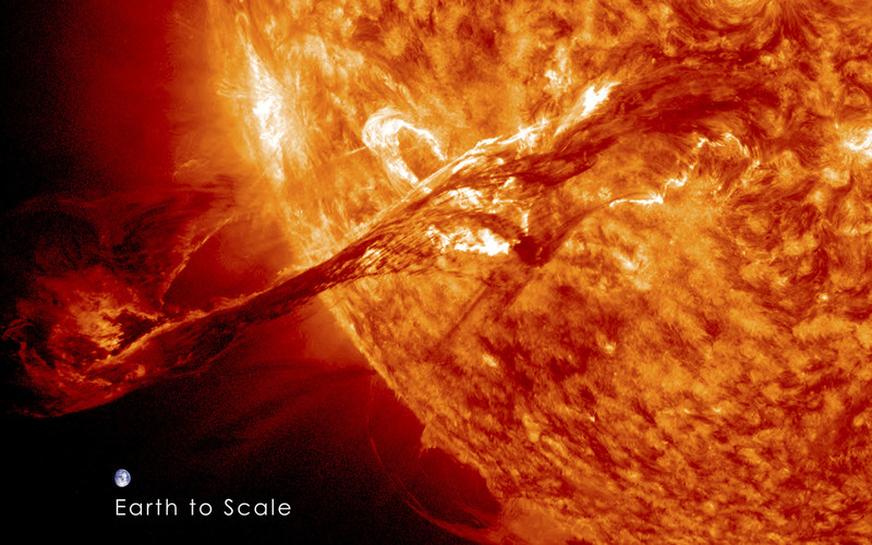 (The June 1 story corrects distance in 3rd paragraph to 140 million from 1.4 billion)

CAPE CANAVERAL, Fla. A U.S. spacecraft set to launch next year will make a series of unprecedented dives into the sun’s scorching atmosphere to see how the star works and what can be done to better predict space weather events on Earth, scientists said on Wednesday.

The Parker Solar Probe will have to survive temperatures as high as 2,500 Fahrenheit (1,371 Celsius), impacts by supersonic particles and powerful radiation as it circles as close as 4 million miles (7 million km) to the sun.

Data sent back to Earth some 89 million miles (140 million km) away will help scientists figure out why the sun’s atmosphere, or corona, is hotter than its surface.

“We’re going to be seven times closer (to the sun) than any other mission has ever been,” project scientist Nicola Fox, with Johns Hopkins University Applied Physics Laboratory in Maryland, said during a broadcast on NASA TV.

The mission, formerly known as the Solar Probe Plus, was approved in 2014. On Wednesday, the spacecraft was renamed to honor University of Chicago physicist Eugene Parker, who in 1958 correctly predicted the existence of the solar wind, a continuous stream of charged particles that come off the sun and permeate the solar system.

“It was a fundamental insight that forever changed the way in which we understood the sun, the heliosphere and in general interplanetary space,” said Eric Isaacs, executive vice president for research, innovation and national laboratories at the University of Chicago.

The spacecraft, designed and built by the Johns Hopkins University laboratory, is scheduled to launch in July 2018 and fly around Venus seven times to get itself into orbit around the sun in December 2024. NASA is paying about $1.5 billion to build and launch the spacecraft.

The probe is expected to orbit the sun 24 times, edging closer on each pass. The size of a small car, it will be outfitted with five science instruments to measure and sample the sun’s corona.

In addition to expanding knowledge of stellar physics, the information is expected to help engineers design better instruments and techniques for predicting solar storms and other events that can cripple satellites, disrupt power grids and affect aircraft travel on Earth.

“We want to measure the environment there and find what the heating processes really are that make the corona hot and accelerate the solar wind,” said NASA chief scientist Thomas Zurbuchen.

This is what happens if you eat too much fried chicken
Khaw Boon Wan to be chairman of entity managing SPH’s media business
Commentary: Does Singapore have to resort to ‘slapstick and Singlish’ to get public messages across?
Former UOB, OCBC bank employee jailed for cheating 7 people of nearly S$2 million
Malaysia sees more than 4,500 new COVID-19 cases; authorities say not planning nationwide MCO