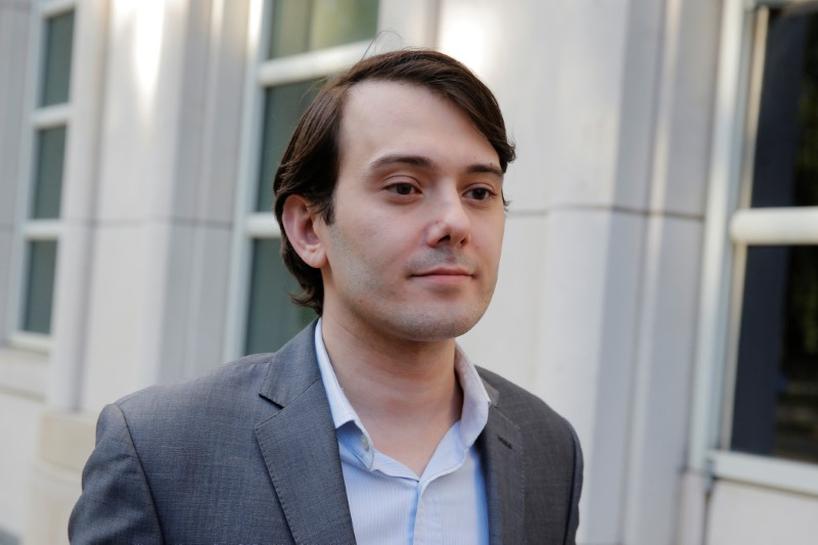 Shkreli’s attorney, Benjamin Brafman, asked the judge that day to reject the request on the grounds that his client had a First Amendment right to speak freely, according to the filings.

Shkreli last week told reporters outside the court that an alleged victim of his was not actually a victim because she made money from his investments, attorneys for the U.S. government told U.S. Judge Kiyo Matsumoto in a letter on Monday. He also directly spoke on camera to a journalist and appeared to be commenting on the case on social media platform Twitter under the handle @BLMBro, they added.

Brafman said Shkreli was in a delicate emotional state, and believed that the press focuses unfairly on some of his negative characteristics.

“His comments are the somewhat natural, though unfortunate consequence of a young man with a demonstrated history of significant anxiety being at the center of a supremely difficult time in his life,” Brafman wrote in the filing.

Dubbed the “pharma bro,” Shkreli, 34, gained notoriety for raising the price of a life-saving drug by 5,000 percent. The charges he faces stem from his management of pharmaceutical company Retrophin Inc (RTRX.O) and the hedge fund MSMB Capital Management from 2009 to 2014.

Prosecutors have claimed that Shkreli engaged in a Ponzi-like scheme in which he defrauded investors in MSMB and took $11 million in assets from Retrophin to repay them. Shkreli has pleaded not guilty to charges that include securities fraud and conspiracy to commit wire fraud.

Federal prosecutors have asked Judge Matsumoto sequester the jury in the event that the court does not issue the gag order.

In their letter, federal prosecutors said Shkreli visited reporters in a court breakroom last week and remarked on the credibility of witnesses who testified.

Prosecutors also wrote that Shkreli on YouTube had identified himself as BLMBro. The BLMBro Twitter account has posted stories critical of witnesses and evidence in the trial, they added.

Shkreli in January was suspended from Twitter for harassing a female journalist.

Brafman has argued that Shkreli is a misunderstood genius who earned his wealthy investors millions of dollars.