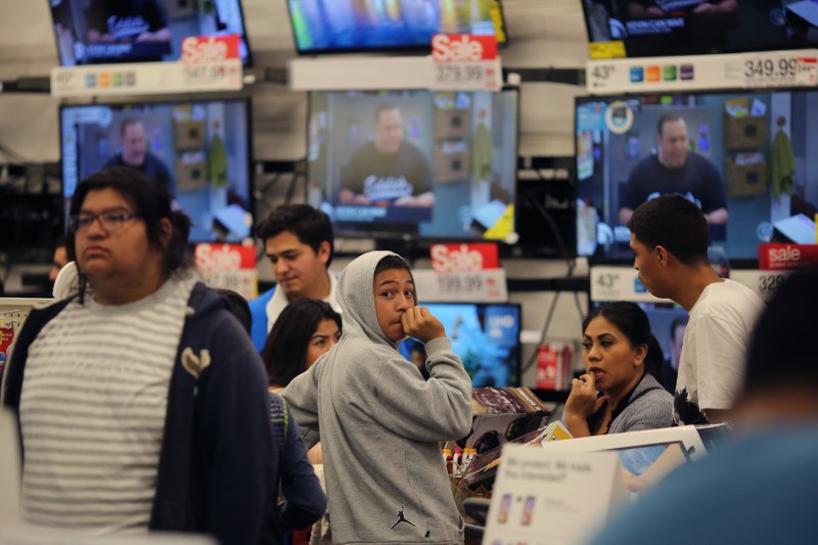 CHICAGO (Reuters) – Many U.S. Hispanics are venturing out only to buy essential goods and are cutting back on discretionary spending, worried about possible harassment by immigration or law enforcement officials since the election of U.S. President Donald Trump, according to community groups, research firms and retailers.

This change in consumer behavior by the country’s second-fastest-growing ethnic group has recently been cited as a cause for worry by already-struggling consumer companies, from big-box retailers to auto parts makers.

O’Reilly Automotive (ORLY.O) Chief Executive Gregory Henslee told analysts earlier this month that many of the company’s stores with weak second-quarter sales were in Hispanic-dominant areas of the United States. “It’s not just something that we’ve seen. It’s something that most retailers have seen,” Henslee said.

In late July, Target Corp (TGT.N) Chief Executive Brian Cornell at a conference referenced a report by retail consultants NPD Group that cited a decline in discretionary spending by Hispanics.

“They are staying home. They are going out less often, particularly around border towns in the United States,” Cornell said at a conference in Aspen, Colo.

Trump’s surprise election win last November came partly on campaign promises to deport undocumented foreigners en masse and build a wall on the U.S.-Mexico border. These pledges – along with Trump’s claim that Mexico was sending rapists and drug dealers into the United States – sparked outrage within the American Hispanic community.

“For our own president to call us criminals, thieves and rapists – it’s terrible … we live in fear of doing those simple things like going for groceries,” said a 19-year-old Chicago college student, Juan F., who did not want his full name used out of concern for family members who are undocumented.

Juan, a U.S. citizen, said he has been shopping for his household since Trump’s presidency began because family members are afraid to leave the house.

“People are squirreling money away and don’t want to leave their houses to go to stores,” said Eric Rodriguez of Latino advocacy group UnidosUS, which has been critical of Trump’s proposals on immigration.

“They’re afraid local law enforcement or immigration officials are going to harass or embarrass them,” he said in an interview.

Not all consumer categories, however, are experiencing a significant decline in Hispanic spending. The purchase of essentials such as food and basic household goods is still on the rise, but at a much slower rate than in recent years, according to research firm Nielsen.

None of the reports specified any changes to first-half online spending by Hispanics, which make up about 18 percent of the U.S. population, according to research firm Nielsen Holdings Plc (NLSN.N).

The lower spending by Hispanics has been hurting certain retailers since the start of the year, according to reports by brokerage firm Jefferies and analytics firm NPD Group.

Cornell, citing a more detailed version of the NPD report than one that has been publicly released, said late last month that shopping visits among Latinos were down about 11 percent in November and December. The “concerning” trend had been noticed particularly around U.S. border towns, Cornell said.

“Their buying power is undeniable, as is their influence on everything from fashion and food to music and entertainment,” Cornell said.

Big-box retailers have for years invested heavily in courting the Hispanic community’s substantial spending power, which reached $1.4 trillion in 2016, according to data by the University of Georgia’s Terry College of Business.

Luis Fitch, founder of Minneapolis-based Hispanic marketing company UNO Branding, whose clients have included Target and Best Buy Co Inc (BBY.N), said several small clients across different cities had posted declining sales since Trump took office, and that this had to be affecting big-box retailers, too.

“It’s very common to have a Mexican married to an American, but if that Mexican is undocumented, he’s really afraid of going out and looking for work,” Fitch said. “And if only one person is working, obviously their budget is cut in half and that’s a problem if they were going to buy a house or car this year.”

On average, Hispanics are younger than non-Hispanics, have more children, and spend more on each child, according to Jeff Humphreys, director of economic forecasting at the Terry College of Business. Humphreys also said Hispanics tend to spend more on apparel, making their buying choices crucial to many retailers.

As the slowdown has mainly hit discretionary spending, retailers that deal in apparel and footwear — two sectors already feeling pressure – are hurting the most.

“It’s certainly a good litmus test of how the holiday season is going to shake out,” NPD analyst Marshal Cohen said, pointing to a double-digit decline in back-to-school footwear sales, compared with a double-digit increase last year.

“That’s how powerful certain segments are, certainly the Hispanic market.”

Some restaurants and food companies have remarked on signs that the worst is over for them.

“The Trump effect just on Hispanic foot traffic into the convenience store seems to have also dropped off a little bit,” Rodney Sacks, chief executive of Monster Beverage Corp (MNST.O), told analysts on an earnings call earlier this month.