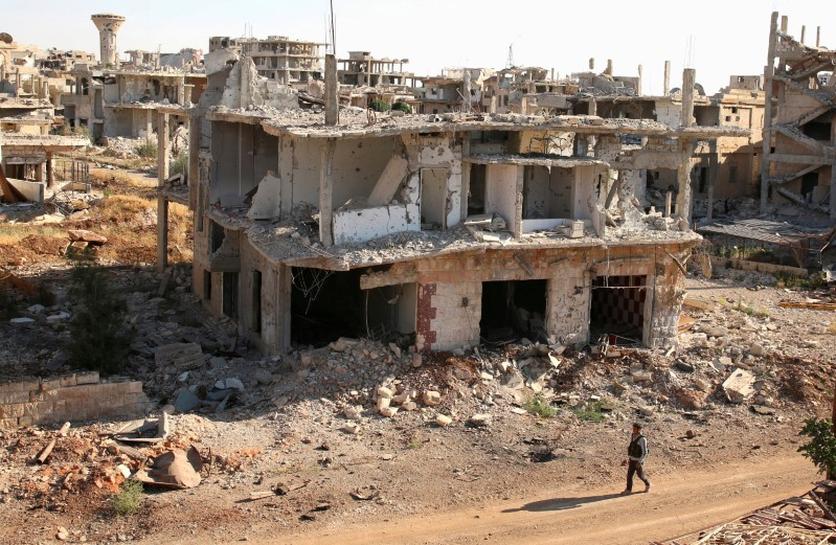 HAMBURG The United States, Russia and Jordan have reached a ceasefire and “de-escalation agreement” in southwestern Syria, one of the combat zones in a six-year-old civil war, Washington and Moscow said on Friday.

The deal was announced after a meeting between U.S. President Donald Trump and Russian President Vladimir Putin at the G20 summit of major economies in the German city of Hamburg.

U.S. Secretary of State Rex Tillerson said the area covered by the ceasefire affects Jordan’s security and is a “very complicated part of the Syrian battlefield.”

Russia and Iran are the main international backers of Syrian President Bashar al-Assad while Washington supports some of the rebel groups fighting for his ouster.

“I think this is our first indication of the U.S. and Russia being able to work together in Syria, and as a result of that we had a very lengthy discussion regarding other areas in Syria that we can continue to work together on to de-escalate the areas,” Tillerson said.

The Syrian conflict has killed nearly half a million people, according to the Britain-based Syrian Observatory for Human Rights, destroyed cities and forced millions of others to flee the country.

Backed by Russian air power, Assad has regained ground in the last year or so that he lost to the mostly Sunni Muslim rebels earlier in the war.

The Syria deal appeared to be the main point of agreement at the first meeting between Trump and Putin, who also discussed Moscow’s alleged interference in the U.S. 2016 presidential election and North Korea’s nuclear ambitions.

Lavrov said the accord includes “securing humanitarian access and setting up contacts between the opposition in the region and a monitoring center that is being established in Jordan’s capital.”

Tillerson said that by and large the objectives of the United States and Russia in Syria “are exactly the same.”

But Washington and Moscow have long been at odds over Syria.

The United States has often called for the removal of Assad, who it blames for the shooting of protesters at the start of the conflict and, more recently, for launching chemical weapons attacks on civilians.

Russia and Iran strongly back the Syrian leader, who gives both countries a strategic foothold in the Mediterranean Sea.

Despite the ceasefire deal, Tillerson said that the United States still sees “no long-term role for the Assad family or the Assad regime. And we have made this clear to everyone. We certainly made it clear in our discussions with Russia.”

but earlier talks between the United States and Russia about a “de-escalation zone” covered Deraa province, on the border with Jordan, and Quneitra, which borders the Israeli-occupied Golan Heights.

British Defence Secretary Michael Fallon said that while he welcomed any ceasefire in Syria he wanted to see results on the ground.

“The recent history of the Syrian civil war is littered with ceasefires and it would be nice … one day to have a ceasefire,” Fallon said at an event in Washington.

“None of these have turned out to be ceasefires, they have been broken persistently, broken by the regime and indeed broken by Russian activity itself. So… we welcome any ceasefire, but let’s see it, let’s see the results on the ground,” he said.