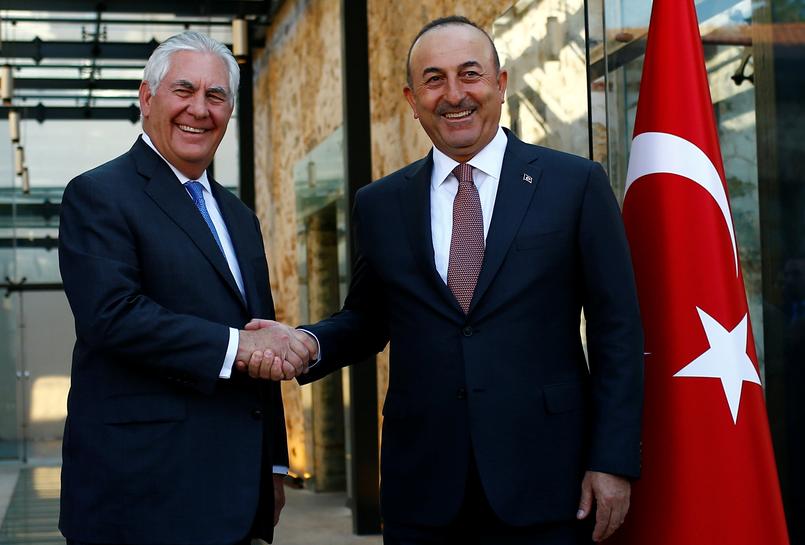 ISTANBUL U.S. Secretary of State Rex Tillerson on Sunday praised the courage of the Turkish people in defending democracy from an attempted coup almost exactly a year ago, although he made no mention of the widespread crackdown that has followed.

Speaking at the opening ceremony of an oil conference in Istanbul, where he received an award recognizing his four decades of work in the industry, Tillerson also said the United States saw Turkey as a partner in its push for greater energy security in the region.

“We’re all here in Istanbul at a momentous time. Nearly a year ago, the Turkish people – brave men and women – stood up against coup plotters and defended their democracy,” Tillerson said.

“I take this moment to recognize their courage and honor the victims of the events of July 15, 2016.”

A group of rogue soldiers commandeered tanks, helicopters and warplanes on the night of July 15, attacking parliament and seizing control of roads and bridges in an effort to overthrow the government.

The putsch failed when thousands of Turks took to the streets in protest, answering a call from President Tayyip Erdogan to resist the coup. More than 240 people, many of them civilians, died that night.

Since the failed coup more than 100,000 people have been sacked or suspended from their work in the civil service, police, military and private sector and some 40,000 people jailed. The government says such efforts are needed, given the scope of the security threat it faces.

Rights groups and some Western governments say that Turkey is using the coup as a pretext to quash dissent, and on Sunday hundreds of thousands of people attended an opposition rally in Istanbul.

Tillerson, who was previously the head of Exxon Mobil Corp, arrived in Turkey on Sunday evening and was due to meet Erdogan later on Sunday, according to Erdogan’s office.

Ankara had high hopes for the administration of President Donald Trump, after relations with Washington soured under former President Barack Obama.

However, Erdogan has been angered by Trump’s decision to arm a Syrian Kurdish militia in the fight against Islamic State in northern Syria. Turkey sees the Kurdish fighters as a terrorist group and worries their advance in Syria would inflame a Kurdish insurgency at home.